You are at:Home»Current in Fishers»Celebrating Life: Siblings reach 30 years post kidney transplant in 1986 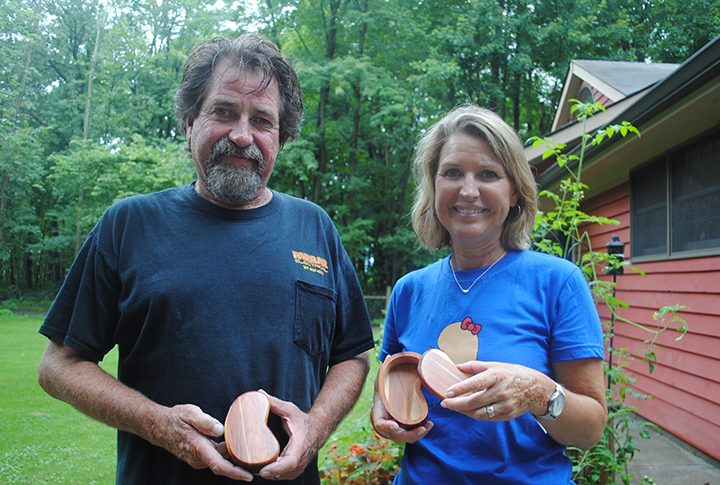 T.J. Farrar was only 24 when he received a kidney transplant from his then-25-year-old sister, Debbie Townsend. The doctor told him the transplant would extend his life another 10 to 15 years.

“I asked the doctor how long the kidney would last, and he said, ‘You would get 10, maybe 15 years,’ so at that point, we decided to start living like we’re dying,” Farrar said of the  30 years since the transplant. “I’ve been involved in motor sports, I’ve been driving racecars and traveling all over the United States. I’ve been sky diving, and I’m a certified scuba diver. We went river rafting in Honduras.”

When Farrar was in his late teens, he had a disease called glomerulonephritis, which causes kidney inflammation, typically as an immune response.

“Pre-teens get it quite a bit, and they are medicated and then grow out of it, but I got it in my late teens, early 20s, and it attacks the kidneys, and without medication, if you don’t know about it, the kidney just got worse and worse and finally shut down,” Farrar said. “I didn’t feel well, and I was tired all the time.”

Townsend, of Fishers, and another sister, Shelly Courtney of Lawrence, and the siblings’ father were all matches for a kidney transplant for Farrar.

“Our father had a lot of difficulty with kidney stones, so they ruled him out, and they chose me out of the two because I’m four years older than my sister and I was already married and had a baby, and they said I couldn’t have kids after because it was too risky,” Townsend said. She went on to have two more children without complications.

Thirty-years years later, the siblings celebrated Farrar’s still functioning kidney Aug. 20. Friends and family visited Farrar’s Pendleton home and celebrated with food and stories. Billy the Kidney, the mascot from the Kidney Foundation, attended. Townsend bought herself and Farrar two wooden boxes in the form of a kidney.

However, it’s been a rough ride for Farrar at points. He’s battled prostate cancer, immunosuppression and other complications.

“The challenge is, since I’ve had the kidney transplant I am on prednisone and Imuran every day,” he said. “I can’t be around anyone with that’s got chicken pox or shingles because it’ll kill me. Last April, I was diagnosed with prostate cancer, but the kidney still works. I can’t take chemotherapy and I can’t take radiation because it will kill the kidney, and I would much rather live with cancer than kill a kidney that’s 30 years old.”

Townsend and Farrar acknowledged that a 30-year transplant success is pretty rare.

“We’ve decided not to Google how long the oldest transplant recipient is,” Townsend said. “People facing kidney transplants, he gives them hope. People like to hear his story.”

After living like he was dying and completing a bucket list, Farrar has begun to take time to enjoy smaller pleasures.

“I’ve noticed with him he’s really taken time to slow down and enjoy all of the small pleasures in life,” Townsend said. 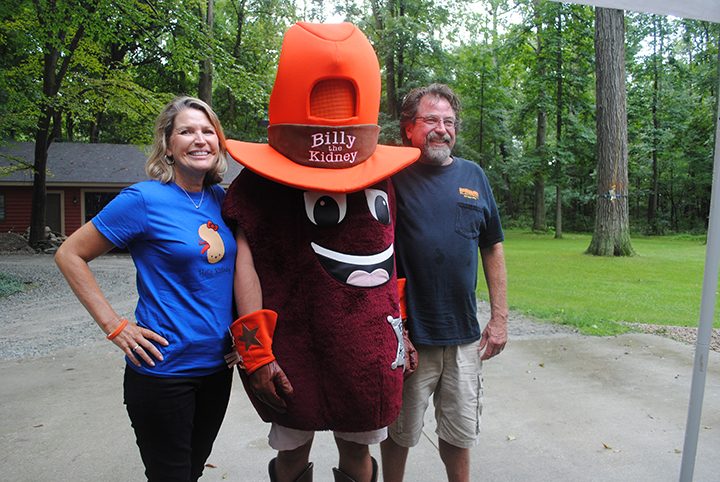 Siblings Debbie Townsend and T.J. Farrar celebrate with Billy the Kidney to recognize the siblings’ 30 years of life since the transplant. (Photo by Anna Skinner)
 

Siblings T.J. Farrar and Debbie Townsend recently celebrated a 30-year successful kidney transplant, but they aren’t the only ones in the Farrar family who have lived around struggles with kidneys.

Their brother, Michael “Butch” Farrar, also had kidney troubles, unrelated to those of T.J. The Farrars’ mother donated her kidney to him in 1975 at Methodist Hospital, three years after the first kidney transplant at that hospital. Michael was 16. He went on to receive two more kidney transplants, one in 1983 and one, finally successful, in 1987. As a result, he was able to live the rest of his life without dialysis. He died at age 34.