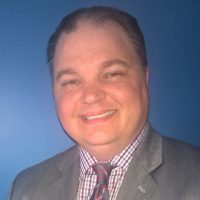 Aaron Gore of Zionsville has become the northwest area director for the United Way of Central Indiana.

“I just put a little trust and faith that I’ll be led in the right direction,” Gore said.

The United Way of Central Indiana’s mission, according to its website, is “to help people learn more, earn more, and lead safe and healthy lives as [they]serve Boone, Hamilton, Hancock, Hendricks, Marion and Morgan counties.”

In fewer words, their goal is to help people.

Gore, who has spent more than 20 years in executive management, has always had a passion for lending a hand.

“I did a mission trip in Guatemala with our youth group last year,” Gore said. “That’s what really set in me that I needed to make the transition from the for-profit sector to the nonprofit sector.”

Gore, in his new role in the United Way of Central Indiana, is responsible for directing the area that covers Boone County.

Along with working with the community, education programs and fundraising efforts, Gore has some specific goals in mind.

“My primary initiative is really to focus on education, income stability, health and basic needs of our neighbors,” Gore said.

With his new title, Gore wants the community to take understand what exactly the United Way of Central Indiana is.

“One of the things I think is important for our community to understand is that I think, traditionally, sometimes the United Way is seen as a fundraiser for local nonprofits, which is obviously part of what we do,” Gore said, “but we do so much more than that.”