You are at:Home»Current in Carmel»Hanish to be inducted into Financial Executives International Hall of Fame

Arnie Hanish has been a member of Financial Executives International since 1987, and on Nov. 3, he will be inducted into its hall of fame. 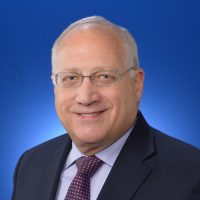 “Locally, the organization meets monthly, and it has speakers and lots of networking and opportunities to get to know people and exchange information about issues and challenges you have within your organization,” Hanish said.

Hanish recently retired as vice president chief accounting officer at Eli Lilly and Company. In addition to his career, he also has served on FEI’s Committee of Cultural Reporting for 30 years and chaired the committee from 2007 to 2010.

“(The FEI) has a hall of fame,” Hanish said. “Annually, they have a function and they nominate people to get inducted into the hall of fame. It’s a very nice function, and it helps raise money for the financial executive’s research foundation. The evening is to celebrate and have people say nice things about the inductees and what their contributions were and have been to the financial reporting world.”

FEI’s Hall of Fame was established 11 years ago. Since then, 31 members have been inducted.

“It was an extremely huge honor for me, and I’m just very excited to be recognized. There’s nothing greater than to be recognized by your peers for the professional accomplishments throughout your career,” he said. “Being involved in the organization for 30 years and knowing some of the past recipients and individuals, I have a significant amount of respect for (the inductees).”

In addition to his financial executive involvement, Hanish has been a Carmel resident for 37 years and has served on the Indianapolis Opera Company board for 35 years.