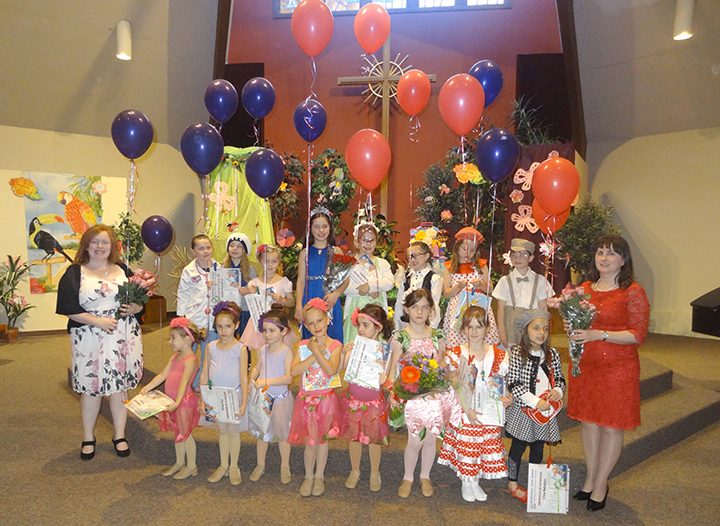 Cast and teachers from ITA’s preschool and youth musical “No Idea and the Magic of Talent,” performed in May. (Submitted photo)

Tatyana Komarova had a personal reason for starting the International Talent Academy.

“When I was young I had the great opportunity to go through the performing arts classes,  and they were very high-level programs,” said Komarova, who grew up in Russia. “I think it helped me so much in my life in the future. Who I became right now is because of these classes I attended when I was little. When I came to the United States, I was looking around for different classes. When I had my first daughter, there were a few classes in music but no classes in theater for little kids for pre-school. I decided to start my own school for my daughter. She was my inspiration.”

ITA, a nonprofit based in Carmel, will celebrate its 10th anniversary with a Children’s Festival for Arts & Education, set for 1 p.m. to 5 p.m. on Sept. 11 at the 502 East Event Centre. Admission is free for the festival, which is designed for families with children ages 3-13.

“My mom taught me music, dance, etiquette, theater, singing, public speaking, Russian, and much more,” Folkin said. “I was very shy at first, and now I have confidence and presentation skills that will help me in the future.”

Komarova wanted to expose her students to a variety of things to learn what areas the child does well.

“I think all these skills should be developed at an early age,” Komarova said. “When they’re older, then they can decide what they would like to do.”

“For parents, it’s a chance to see each class to see if they would be interested to try these classes with their kids,” Komarova said.

The talent show is open to the first 12 qualified acts, and ages 4-12 (one to five participants per act). Parent-child acts are welcome. The deadline is Aug. 21 to register an act.

Komarova said the act can be singing, dancing, theater monologue or poetry.