You are at:Home»Current in Zionsville»Routine traffic stop leads to felony arrests, recovered merchandise

Part of the evidence collected from traffic stop. (Submitted photo)

A routine traffic stop at 1 a.m. Aug. 10 turned into a significant bust for the Whitestown Metropolitan Police Dept. 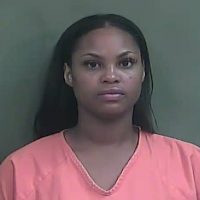 Pachae Moore, 25, was clocked going 81 miles per hour on I-65 and pulled off onto Whitestown Parkway, where she stopped at the TA Truck Stop. She was stopped for speeding and improper lane change.

Tanya Sumner, director of communications for the Town of Whitestown, said the WMPD officers Blayne Root, Ryan Batts and Jacob King discovered Moore and passenger Tanieka Toliver, 33, were fugitives with more than $3,500 worth of stolen merchandise in their possession. 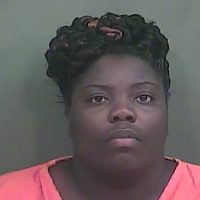 Toliver had one felony warrant out for a parole violation. Toliver has previously served time in prison for fraud and forgery.

There were approximately 30 bags of evidence collected, which included more than 300 individual items.

“In addition to the stolen merchandise, the driver also had a half-dozen fake IDs in her possession, all doctored with her picture on them,” Sumner said. “Those fake drivers’ licenses were used to open fraudulent checking accounts and in-store credit accounts. It appears the women had become too well known at stores in and around the Indianapolis area, so they drove to the Chicago area for a shopping spree.”

The women were on their way back to Indianapolis when they were stopped, Sumner said.

“Because of our vigilant police officers, a routine traffic stop wound up getting two wanted felons, career criminals, off the street,” Sumner said.