You are at:Home»Current in Carmel»Obituary: Donald Marc Sentir 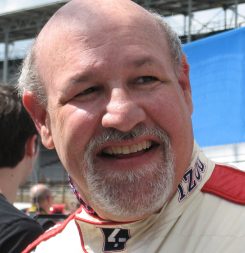 Donald Marc Sentir, 61, a lifelong resident of Indianapolis/Carmel, passed away on July 30 after a nearly year-long battle with pancreatic cancer. He was born on April 20, 1955, to Gerald D. Sentir and Majorie Sher, who preceded him in death, along with his oldest brother Dale S. Sentir (d. 1954), whom he never met.

Don attended North Central High School, was a residential real estate appraiser and the owner of Sentir Appraisal Services. He was a man with a big heart and a diverse group of loyal friends who stayed by his side day and night during his final months. He loved fishing on his boat and traveling to different parts of the country and Canada to fish. Don was a huge fan of IndyCar and attended more than 40 Indianapolis 500 races, including this year’s 100th running. He was also deeply interested in space exploration and traveled to several shuttle launches in Florida. He loved to watch the stars on a clear night and followed flyovers of the space shuttle and international space station. Don’s quick wit, contagious laugh and wonderful sense of humor will never be forgotten.

In lieu of flowers, donations can be made to Purple Stride team “Fishin’ for a PanCure” to advance research and provide more effective treatment options to those stricken with pancreatic cancer. Details for donations can be found at: www.arnmortuary.com in the online obituaries.

A celebration of life party will take place at 4 p.m. Aug. 27 at the White River Yacht Club, where stories about Don can be shared. Feel free to write down and bring your fondest memories for the family to enjoy.

The Sentir family would like to thank family and friends for their love and support during the last 12 months.