You are at:Home»Current in Zionsville»Azionaqua hosts Special Olympics athletes 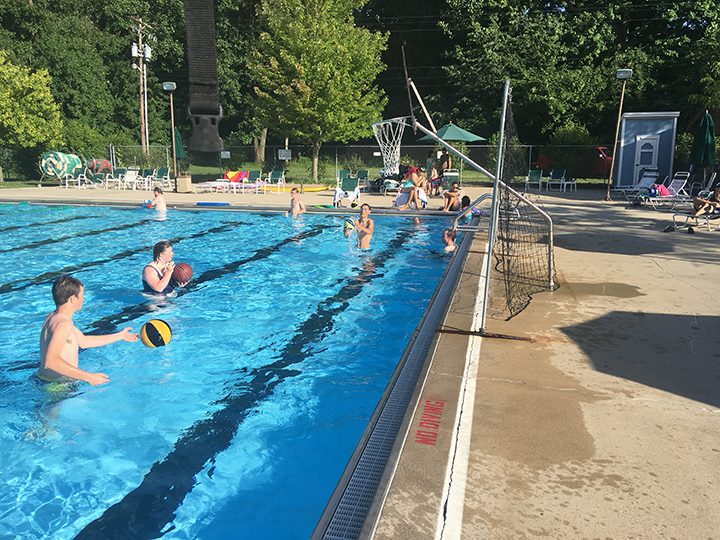 The Azionaqua board had discussed the possibility of hosting the athletes last year and was able to implement it for the first time this year.

“It gives our athletes a social outlet,” said Terri Noffke, coordinator of Special Olympics in Boone County, who added that those who participate in different sports don’t often have the opportunity to mingle.

While the pool is not funded by the town, “we really see ourselves as a community pool for Zionsville,” said board member Dan Ribolzi. “I think this is a great opportunity to showcase that as well as do something good.”

Only one Boone County Olympian competes in swimming, but all of the athletes who visited Azionaqua will compete this year in events like softball, horseback riding, bowling and basketball.

Noffke said there are plans to create a swimming program in Boone County and hopes to have it finalized so that athletes can compete when the season begins next June.

“Now that we have the interest we will find a way for that to happen,” Noffke said.

Steve Bullington, whose family has been involved with Special Olympics for five years, said that access to training locations is a barrier to participation and a reason that there hasn’t been a program in the past.

“A lot of them don’t have access to get to a Noblesville or Butler,” Bullington said.

“We have some (athletes) who are excited to expand the things they try,” he said.

Roughly 40 athletes and their families attended in July and will have the chance to participate again on Aug. 14.