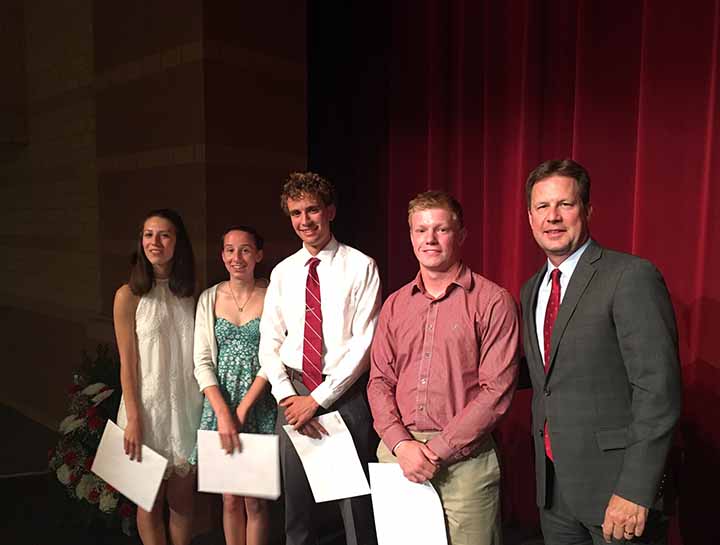 The scholarships were given to student athletes who achieved excellence in the classroom — all had a GPA of 4.37 or higher — and were successful in leadership roles on their respective athletic teams.

• Megan Forbes – A girls basketball team captain, Forbes earned the team’s top GPA award two years in a row and had the highest GPA of all female scholarship applicants. She also was an officer for the National Honor Society and plans to study nursing at Purdue University.

• Daniel Greiwe – A cross country co-captain who ran in the state meet in 2014 and 2015 and member of the track and field team, Greiwe also was a member of the FHS state-champion We the People team. He was a National Honor Society member, an academic all-state selection in 2015 and 2016 and had the highest GPA of all scholarship applicants. Greiwe plans to study engineering at Purdue University.

• Lorinda Kirk – Kirk lettered in both cross country and track all four years and served as a team captain. She was an academic all-state selection and qualified for the semi-state and state cross country meets. Kirk was a National Honor Society member and plans to study chemical engineering at the Colorado School of Mines.