You are at:Home»Current in Zionsville»Orchestra director leaves retirement to teach at Zionsville West Middle School 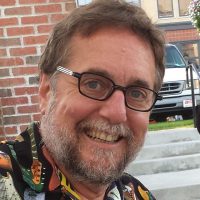 With 31 years of teaching orchestra and band in his background, Jim Crismore came out of retirement to accept the position.

Crismore joined the middle school in April to temporarily fill the role when the previous orchestra director, Michael Plewa, resigned after allegations of inappropriate communications with a student.

Crismore had been retired from Lawrence Township for 18 months and was traveling and consulting with other orchestra teachers along with Paige’s Music. He didn’t expect that his temporary role would lead to a full-time opportunity.

“I’m just thrilled to death,” he said. “I found myself really enjoying teaching these children.”

Zionsville West Principal Matt Doublestein said others were considered, but ultimately, Crismore was the most qualified for the job. Ironically, Doublestein was a student of Crismore’s when he taught band at Lawrence Township schools.

“He has a lot of exciting experience to bring for our kids in all aspects of what it entails to give them a good experience with school orchestra,” Doublestein said. “We’re excited that he’ll bring a level of excitement and quirkiness that it takes to be a middle school person. That kind of relatability is what we want for our kids.”

Last spring, Crismore was featured on WTHR in April sharing the power of music with a blind and deaf 7-year-old at McClelland Elementary School in Indianapolis. Crismore introduced the student to the possibility of creating sound by feeling and changing the vibrations.

Crismore will teach fifth through eighth graders and is eager to start his time in ZWest and keep the students involved and engaged with “dumb jokes.”

“They’re enthusiastic,” he said, “They really want to learn, It’s a fun age to teach.”