You are at:Home»Current in Carmel»Carmel Community»Once an anonymous supporter of high school hoops stars, Carmel man ready for the spotlight 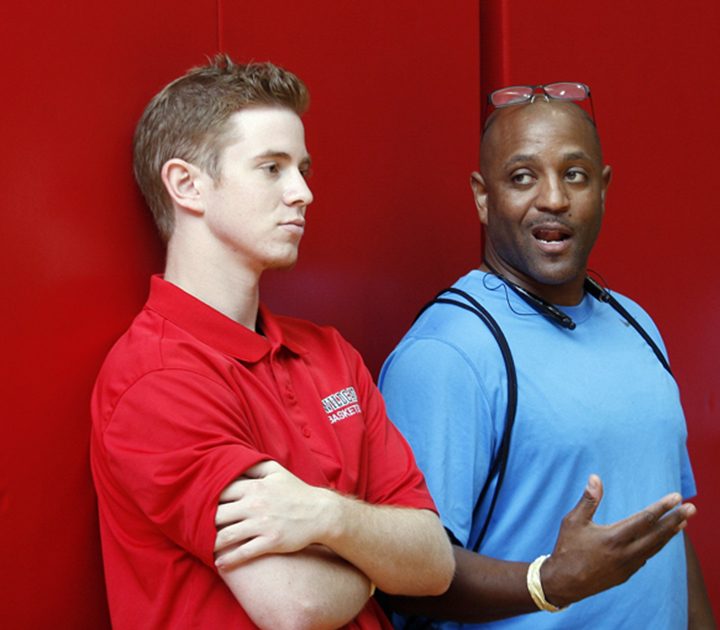 So he decided he wanted to be a basketball coach like his father, Jim, who is now a Lawrence North High School assistant boys coach and previously had been an assistant at Mesa (Ariz.) Community College and Brebeuf Jesuit Preparatory School.

“I was one of the lesser players on my dad’s AAU team, and I thought some of the better players on the team weren’t getting looks from colleges,” Stanbrough said. “So I made highlight videos for them.”

Stanbrough, a Carmel resident, anonymously started Indiana Basketball Recruits, using the Twitter account of @INBRecruits. Stanbrough made more than 180 highlight videos for free for players around the state. He had nearly 8,000 Twitter followers before he put it on hold for three years to attend college.

“I saw this was a way I could stay around the game,” Stanbrough said. “I thought it could help me become a college coach.”

After working for a year after high school, Stanbrough took classes at IUPUI and became a volunteer assistant coach for one year with Lawrence North.

Stanbrough, who is finishing up four credit hours this summer to complete his degree in sports business at SLU, is seeking a graduate assistant position at a smaller or mid-major program.

“I’m looking at some schools with rising coaches that I can be a (graduate assistant) for,” said Stanbrough, who got to network with many college coaches while supplying them with recruiting information.

“I didn’t use my name at first,” Stanbrough said. “I wanted to make it more about the kids.”