You are at:Home»Current in Carmel»Carmel Community»Carmel’s ‘English Rose’ Doreen Squire Ficara dies at 88 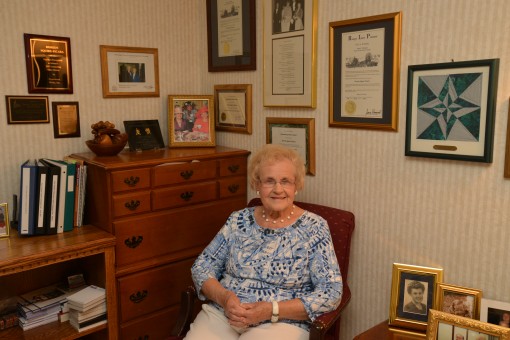 Longtime Carmel Arts Council executive director Doreen Squire Ficara, 88, died peacefully in her sleep June 20 at her Carmel home, surrounded by family members. She served as executive director of the Carmel Arts Council from 19 8 4 to 2014  and worked with the Booth Tarkington Civic Theatre until her passing . She moved to Indianapolis with her family in 1970, later moving to Carmel.

One of her proudest moments was creating the world’s smallest children’s art gallery, earning a spot in the Guinness Book of  World Records in 1999.

“We all survived but had to flee and become refugees for the time being,” she told Current in Carmel in 2014.

In l ieu of flowers please make donations to her church. There will be a Memorial Celebration in her honor at the SoHo Cafe & Gallery at 1:30 to 4 p.m. June 25.