A former Zionsville West Middle School orchestra teacher was arrested April 21 for an alleged inappropriate relationship with a former student that involved “sexting.” 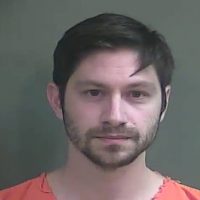 Michael Plewa, 33, of Zionsville has been charged with four counts of child seduction and faces a maximum penalty of 12 years in prison and a $10,000 fine if convicted.

The former ZWMS student, who is currently 16 years old, told investigators that in eighth grade she began a relationship with Plewa that included sexual innuendos, photos and suggestive comments. She said the relationship continued until her freshman year when her parents became aware of the text messages.

According to a probable cause affidavit, the inappropriate texts were allegedly sent between July and August of 2013. The victim, who now lives in southern Indiana, told investigators that Plewa asked her to text photos of herself partially nude and that they met a couple of times at a local pool.

The Boone County Sheriff’s Office became aware of the situation on March 16. Zionsville Community Schools officials were notified of the situation March 21. The district cooperated with law enforcement officers and conducted its own investigation that found no evidence of school devices being used for the inappropriate contact.

“Our students’ safety and well-being are of paramount importance,” Robison stated. “We will continue to take all necessary actions to protect them and take seriously our duty to uphold the trust afforded ZCS by the Zionsville community. We appreciate the partnership with our law enforcement professionals which assists us in doing so.”

The case is still under investigation. Plewa is scheduled to appear before Boone Superior Court Judge Matthew C. Kincaid for an initial hearing April 22.

“This case comes at a time when my office is seeing more and more of this type of communication between adults and children, which is disturbing and very concerning,” Boone County Prosecutor Todd Meyer stated. “The relationships children have with their teachers, coaches and other adult youth group leaders is developed and built around trust, and unfortunately some adults who work with youth choose to violate this position of trust for their own self-gratification. Parents need to pay close attention to the types of electronic communication their children have with others via their smartphones, tablets, etc. and if they suspect anything inappropriate they should report it to law enforcement immediately.”