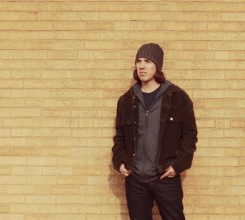 Jason Wilber, who will perform in Carmel this week. “One of the great things about music is it’s a never-ending challenge, you can never master it really,” Wilber said. (Submitted photo)

About six years ago, Wilber, who has played with Prine for 20 years, decided to develop his own vocals a little more and perform solo as well.

“One of the great things about music is it’s a never-ending challenge, you can never master it really,” Wilber said. “I just thought my singing voice was set. Other than learning songs for words and melody, I never worked on singing ahead of guitar playing. I spent thousands of hours practicing the guitar. I thought it would be a fun thing to explore trying to become a better singer. It was a multi-year project. It took a few years, but I’ve definitely made a high improvement in my singing voice.”

Wilber will perform at 8 p.m. April 21 at The Warehouse, 254 First Ave. SW, Carmel. Every ticket purchased comes with one complimentary copy of Wilbur’s new album, “Echoes.”

“It’s the perfect setting for that kind of show because it’s small and intimate,” said Wilber, a 46-year-old Bloomington resident.

“I’d be shocked if anyone knows every song on this record because they’re from really diverse sources,” Wilber said.

Wilber said while developing his voice, he looked for songs that were difficult to sing and came across a wide range.

“It was fun to make those songs my own and deliver them in my own way,” Wilber said. “Before this, almost everything I recorded had been something I’d written.”

Wilber describes the music he typically writes as Americana/folk rock music, but enjoys other forms.

Wilber schedules his own concerts when Prine is taking time off. Wilber hosts a weekly radio show called In Search of a Song (insearchofasong.com) on Public Radio Exchange.