You are at:Home»Current in Zionsville»Zionsville Community Schools prepares to add staff next school year 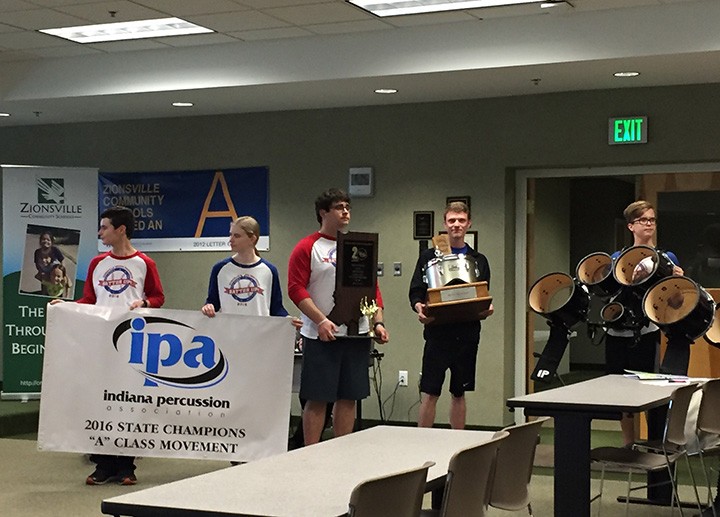 Zionsville Indoor Percussion performs for the school board. (Photo by James Feichtner)

Zionsville schools will see additional full-time staff next school year. Zionsville School Board of Trustees held its monthly meeting April 11 and announced that that at least 12 and no more than 20 full time equivalent positions will be added to the school system. The exact amount of full time positions allocated will depend on the final enrollment numbers for next year.

“Special education we’re looking at an additional three positions,” said Rebecca Coffman, ZCS chief operating officer. “As we look at the structure and supports in place to meet our various needs across the district; secondary we have an increase of nine full-time equivalent positions. In elementary we believe up to seven and ½ FTE positions as we will look to bulk up for our new families.”

Other items discussed at the school board meeting include:

Supt. Scott Robison honored the ZCHS Zionsville Indoor Percussion group for being named Indiana state champions a second time in a row by the Indiana Percussion Association. The students performed April 4 to take home first place and gave a brief performance before the board during the meeting.

The continued offering of an early retirement incentive for certified staff, which would not change financially from last year’s incentive, was presented to the board. Approximately 20 employees are currently eligible to take the incentive. The board approved the incentive.

As part of the continued update of new materials for courses, Zionsville kindergarten through high school math teachers and staff spent several months reviewing their current materials and presented their recommended updates to the board. The board approved the material as presented.