You are at:Home»Current in Westfield»Jones’s second book a bestseller 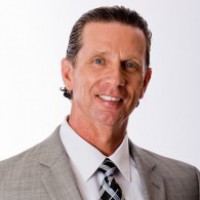 Rodney Jones’s second book, “Beat the Curve,” written along with 39 other authors, has been deemed a top 10 bestseller under finances. Jones’s first book, “Uncommon,” was also listed as a bestseller.

“The world’s leading entrepreneurs and professionals reveal our secrets to outperforming the status quo on health, wealth and success,” Jones said. “So that’s why we named it ‘Beat the Curve,’ because we outperformed the status quo.” The name was inspired by the Bell Curve, where the top, rounded part of the curve is average. Jones said he and the other writers had beaten the average curve.

Jones’s contribution is the “Financial Freedom: Create for yourself a paycheck for life” chapter, which regards the stock market.

Jones is still debating whether or not he will hold a book signing again. For “Uncommon,” he held one at Old National Bank in Clay Terrace.

“All proceeds from the book go to a charity for international entrepreneurs, we help people from other countries become entrepreneurs and become businesses people and start their own businesses and follow through with it,” Jones said. “There’s no royalties from the book. It all goes to charity.”

Jones, who owns RL Jones Financial Group in Noblesville, said anybody can benefit from his book.

“My target audience ranges from small business owners to laborers and their families,” he said. “It’s a broad spectrum and absolutely any of those people can benefit from any of my books.”

“Beat the Curve” is available at amzn.to/1KnJynJ.