You are at:Home»Current in Carmel»Carmel Community»Carmel lawyer named president of Defense Trial Counsel of Indiana 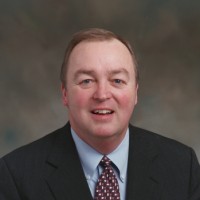 Carmel resident and lawyer Jim Hehner has recently been selected to act as president of the Defense Trial Counsel of Indiana.

DTCI, a resource for area lawyers who defend clients in civil litigation, provides for its network of lawyers in exchanging management and advocacy support. Hehner, both a resident of Carmel and graduate of Carmel High School, said he will strive for increased diversity among the DTCI membership and the education it provides.

“It only makes sense, groups that impact communities should look like their communities, and I see diversity everywhere I go,” Hehner said.

Hehner, the son of an attorney for an insurance company, spent much of his youth moving around the Midwest, from Cincinatti, St. Louis, Minneapolis and Indianapolis. Hehner graduated from Carmel High School before attending Indiana University’s Kelley School of Business and Robert H. McKinney School of Law. Hehner originally pursued an interest in law enforcement, going so far as to work as a campus police officer during his last years in college, only to shift toward trying cases after he clerked for a litigation attorney.

Hehner, who’s practiced law since 1983 and been a part of the DTCI for about the same time, takes pride in striving for broad community diversity, including race, orientation, religion, gender and more. Discussion is often the first step for Hehner.

“It’s something everyone ought to think about, as it influences our work and discourse, as we work or as we just walk down the city street,” Hehner said. “People have to be a part of their community, too.”

Hehner’s term as president of the DTCI began Jan. 1, and ends at the end of 2016. For more information on DTCI, go to dtci.org or hehnerlaw.org.