You are at:Home»Current in Carmel»Carmel Community»Carmel High School grad’s work shines in Oscar-nominated work ‘The Revenant’

It’s almost Hollywood itself, the way in which Carmel High School graduate Matt Shumway’s career as an artist panned out. From modest beginnings in local art programs to animating key elements of award-winning films, including “The Revenant,” which has an Oscar nomination for its visual effects (as well as Best Picture), Shumway’s own style has permeated not just his former community, but the world at large. 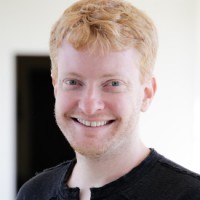 Shumway found comfort in knowing his high school art teacher would let him skip class assignments so long as he continued practicing animation.

“I was obsessed with the Disney features of the ’90s,” Shumway said. “At Disney, they didn’t care if you could animate, they wanted to know if you could draw life.”

Shumway, who graduated from CHS in 1997, took trips to the Indianapolis Zoo to sketch the wildlife. Shumway made his way through the Savannah (Georgia) College of Art, then the Art Center College of Design in Pasadena, Calif., going on to work for 10 years at Rhythm & Hues Studio as an animation producer on both “The Life of Pi,” “The Chronicles of Narnia” and “The Golden Compass.” Shumway currently works as an animation supervisor with Industrial Light & Magic in its San Francisco studio.

“I fought against [the computer animation boom],” Shumway said. “I was like ‘I’m never going to animate on a computer.’ I was very staunch about that.”

Despite the hesitance, Shumway prides himself on the novelty of animating some of the first ultra-realistic CGI animals in cinema.

“I felt like it was this new era. We were doing things nobody had ever done before,” Shumway said. “When I got to animate Aslan in Narnia, nobody had made a lion like that. In traditional animation, a lot of that had already been done, so I really fell in love with that.”

To Shumway, working as an animation supervisor at ILM is all about capturing the “performance.” Shumway’s previous work bringing realistic animals to life helped craft “The Revenant’s” central bear attack scene, with multiple teams focusing on minutia as detailed as blood and fur alone.

“I find it a really satisfying part of the work pipeline, because you’re the actor. You get to be in a close-up without having to put your face in the camera,” Shumway said.

Shumway’s family, his parents and one sister, still reside in the Carmel area. While production schedules can keep visits infrequent, Shumway makes sure to assert his appreciation for his Midwest roots.