You are at:Home»Current in Zionsville»Whitestown begins search for new clerk-treasurer 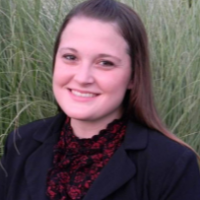 Whitestown has begun the process of looking for a new clerk-treasurer after Amanda Andrews announced her resignation from the position Dec. 30 at a special meeting of the Town Council.

Among the agenda items at the special meeting was a resolution to express the council’s disapproval of Andrews not being in her office during regular town hall hours. Andrews had recently started a job with Subaru in Lafayette that required her to work from 8 a.m. to 5 p.m.

Media reports stated that around the time she accepted the job with Subaru, Andrews posted a sign on her office door stating she was “shadowing other clerks,” prompting concern from council members and others. State law does not require a town clerk treasurer to work a minimum or set number of hours.

Andrews collected a $47,500 annual salary for the clerk-treasurer position and spent at least $1,350 on an attorney using taxpayer money. She was allowed by statute to hire an attorney for up to $5,000 in taxpayer funds for legal services related to the office or town.

Although she announced her intention to step down, Andrews has not yet submitted her resignation paperwork to the Boone County clerk. State law allows the town council to begin the process of hiring a new clerk-treasurer before the resignation is official.

The council is required to advertise the open position and conduct interviews. A simple majority vote will select the next clerk-treasurer, which is normally an elected position. Andrews had been re-elected to the role in November.