You are at:Home»Current in Zionsville»Zionsville company organizes Bop to the Top stair climb fundraiser for Riley Hospital 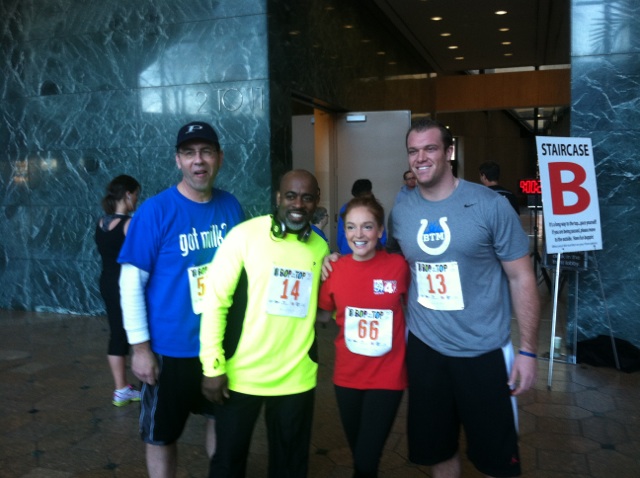 It’s 36 floors, 780 steps and 500 feet straight up. The 33rd annual Bop to the Top stair climb returns Jan. 16 to raise money for Riley Hospital for Children.

Over the past three decades the event – created and organized by Zionsville-based Tuxedo Brothers – has helped raised more than half a million dollars for Riley Hospital for Children.

Taking an average of eight minutes for individuals to complete, more than 1,200 people each year run up one of the two One America Building staircases. Every 20 to 30 seconds, participants will be given the green light to start, racing their way to the top of the building then taking the elevator down when they’ve finished.

Approximately 100 awards will be given for this year’s run with male and female categories based on age and a voluntary “big guy” weight division.

“We do a lot of youth groups up to 80 plus,” Tuxedo Brothers president Don Carr said. One of the youngest participants over the years was Carr’s son when he was four years old. “It took him about 12 or 13 minutes (to finish),” Carr said.

Registration is now open at tuxbro.com for individuals or teams, through which Carr hopes to raise $15,000 this year for Riley.

“Once you register you can add extra pledges if you’d like,” Carr said. “If you want to raise additional funds you can do it that way, too.”