You are at:Home»Current in Westfield»Rickers provides safe havens for victims of domestic violence in Hamilton County 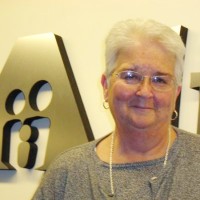 Hamilton County domestic violence victims will now have another ally in escaping their abusers. All Hamilton County Rickers Convenience Stores will be designated as “safe havens.” Victims can now seek assistance at the retailer. The partnership began in Madison County in 2003, and has seen great success.

“We started this partnership here in Madison County in June of 2003. It came about from a concern a small town police chief presented to us. They have one officer per shift, and when they’re out, which is quite a lot, the doors to the police department are locked. He was worried that a victim was going to try to come to the police department for help and the doors were going to be locked,” said Mary Jo Lee, CEO of Alternatives, Inc.

Many domestic violence victims don’t know when they will be able to get away from their attacker. With many Rickers locations being open 24 hours, this made them a perfect fit.

“Recently, we had a victim who had a short window of when she could leave. She was pretty much not being allowed out of the home. She had no way of getting out. She called our organization, and was going to only have about an hour where she could get away. She lived fairly close to a Rickers. She took what she could with her and walked there. Then we were able to pick her up there,”” said Lee.

Rickers employees are trained about domestic violence. The staff determines whether police should be called or Alternatives, Inc.

“An important piece, of course, is training the Rickers staff. That’s part of our job. We don’t want to the staff to intervene in a situation, and we really haven’t had any situations where it’s been a bad situation for the customers or staff. They have done a wonderful job,” said Lee.