You are at:Home»Current in Zionsville»Zionsville Community Schools celebrates winners of first video contest 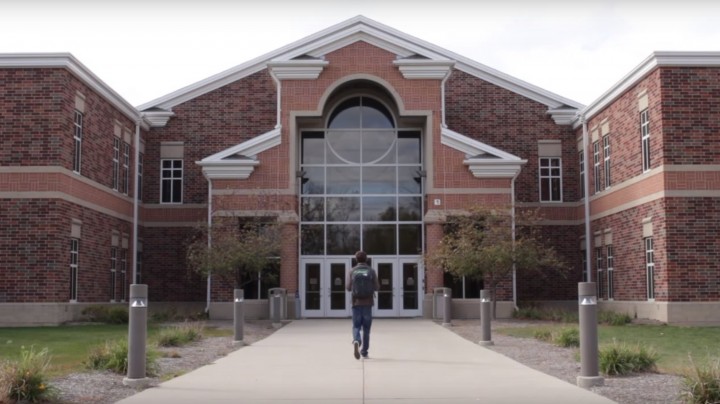 Division winners were recognized and the grand champion announced for Zionsville Community Schools’ first student video contest during the ZCS Board of School trustees meeting Nov. 9.

The contest invited students to create 60-second videos with the theme of “The Road to Life Begins Here.” Tommy Smith, a ZCHS sophomore, took home the top prize of $1,000, which was made possible by a donor.

“This idea was hatched last spring, but it took [chief technology officer]Dan Layton to come on to the scene and enlist the aid of [business and marketing teacher Johnathan]Grismore at the high school and four of his amazing students,” Supt. Scott Robison said.

Those students — high school seniors Maddie Hine, Katie Bakaysa and Morgan Roe plus junior Claire Drew — organized the contest and had “literally taken care of everything that we’ve done so far,” Layton said. The ZCS board presented the girls with plaques thanking them for their efforts.

“Over the past two months, we’ve had the pleasure of working with [Layton] and Dr. Robison and Mr. Grismore on this video contest,” Drew said. “Part of putting this contest together required us to make a website, advertise and organize judges to help pick all the different videos to win.”

Their original goal for the contest’s first year was 20 submissions, but they ended up receiving 55 entries.

“We were blown away with the response to this maiden voyage,” Robison said. “We know all of these folks will have a very bright future in making videos if that’s what they want to do. We saw such an eye in what Tommy did… Wow, I think someday maybe he’ll invite us to walk the red carpet.”

The winning videos may be viewed at zcs.k12.in.us.