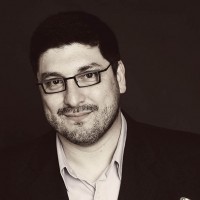 There will be many familiar songs when Indiana Wind Symphony is in concert on Nov. 7.

The IWS’s Hollywood Highlights will be performed at 7:30 p.m. at the Palladium.

“I think we’ve done a Hollywood tribute before but not with this particular selection of pieces,” IWS music director Charles Conrad said.

Trumpet virtuoso Joey Tartell will perform a piece called “American Jazz Suite,” a piece by trumpeter Allen Vizzutti, who has also performed with IWS before. Tartell, who is associate professor of music (trumpet) at Indiana University’s Jacobs School of Music, also will perform a a turn of the 20th century cornet solos by Herbert L. Clarke called “From the Shores of the Mighty Pacific.”

“He’ll play one in each half of the concert,”  Conrad said.

The IWS also will perform the “The Liberty Bell” march from John Philip Sousa.

“People won’t get the connection until they hear it,” Conrad said. “It was the theme song from ‘Monty Python and the Holy Grail.’”

Some of the movies the IWS is performing music from are “Gone with the Wind,”  “Jaws,”  “Superman,” “Beauty and the Beast,” “Titanic,”  “Schindler’s List,” “The Magnificent Seven” and “Mr. Lucky.”

“There is a little special meaning to this (concert) because when we were putting this together we had no idea composer James Horner would die so suddenly,” Conrad said. “That led us to put this big ‘Titanic Suite’ on. That was one written for the United States Air Force Band and we got special permission to perform that one.”

Horner, who died in a small plane crash in June, won two Oscars for “Titanic,” including best original dramatic score and best original song for Celine Dion classic, “My Heart Will Go On.”

For more, visit the indianawindsymphony.org.