Robert Bridges has been named the new president of Cathedral. He will assume the role July 1, 2016. Bridges brings to the school experience in Catholic education, both as a teacher and as a leader. 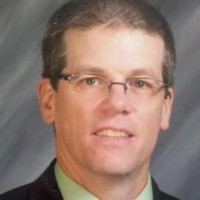 He began his career as a Peace Corps volunteer. Upon his return to the United States, he worked with prison schools as well as inner-city schools through a Peace Corps Fellowship at Columbia University. Bridges has taught and coached at Central High School in Grand Rapids, Michigan, in addition to holding the Principal’s position at both Holy Angels elementary school and St. Francis High School in the Grand Traverse Area Catholic Schools.

His current position is the Head of Muskegon Catholic Central, a PreK-12 Catholic school system in Michigan. He brings international experience, as well, having worked in Brazil at the American School in Rio de Janeiro.

“I am humbled and honored to be selected as the next President of Cathedral,” Bridges stated. “My family and I are excited to join a new Catholic community with strong traditions of high achievement and service to others. I am committed to ensuring Cathedral’s continued viability and vibrancy for another generation of students in the Holy Cross tradition.”

“We are most fortunate that Rob has enthusiastically embraced the opportunity to become Cathedral’s next president and is eager to take Cathedral forward at this exciting time,” said Matt Cohoat, Chair of the Cathedral Board of Directors. “Rob is an exceptional leader who brings passion for Catholic education, scholarship, and an understanding of Holy Cross values to this leadership role.”

Bridges earned his BA from St. Joseph’s College (Indiana), his Master of Education from Teacher’s College, Columbia University, and is currently completing his doctorate in Catholic Educational Leadership. He and his Marcia have four children. For more about Cathedral, visit gocathedral.com.