You are at:Home»Current in Carmel»Carmel Community»Flanner & Buchanan to honor veterans Nov. 1 in Indianapolis 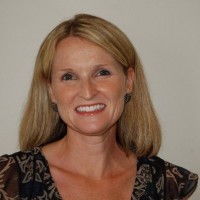 Flanner and Buchanan Funeral Centers is hosting its first Veteran’s Day event this year to honor and thank current and former members of the United States armed forces for their dedication and service.

The event begins at 3 p.m., Nov. 1, at Indianapolis’ Community Life Center at 10612 E. Washington St. with refreshments to follow.

The event is open to the public and each veteran present or a representative from the family of a veteran will receive a token of appreciation.

“We’re very active here in the Indianapolis area with different veterans’ initiatives and we work with General Goodwin, who is our keynote speaker and runs the Indiana War Memorial,” event organizer Maureen Lindley, who is the vice president of marketing for Flanner and Buchanan, said. “We have a program where we work with a lot of veteran hospice patients. (General Goodwin) does presentations to each patient and their families.”

Flanner and Buchanan has partnered with seven local hospices for the Veterans Day event, Lindley said.

Brigadier General Goodwin retired from the United States Air Force after 37 years of service and is now the executive director of the Indiana War Memorials Commission, which oversees and operates a pair of museums and 24 acres of parks, monuments, sculptures, statues and fountains honoring Indiana veterans.

His final assignment was as the Indiana Assistant Adjutant General for Air and he was the Commander of the Indiana Air National Guard. He served in all three components of the Air Force — active, reserve and guard — during a career that saw him hold both operational and support positions throughout the USAF, including roles as an intercontinental ballistic missile launch officer, chemical warfare defense officer and Chief of Staff of the Indiana Air National Guard.