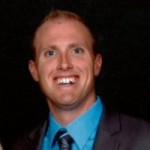 In an update to the City Council, Carmel City Engineer Jeremy Kashman said that all ramps and interchanges will be open for US-31 by the end of 2015. This includes new interchanges at 106th and 116th streets.

That doesn’t mean the entire project will be complete by then. There will still be work to be done on the south end near I-465 on complex flyover bridges. That includes some roads being redone and traffic signals installed.

“I think it will still function a lot better than it did prior to construction,” Kashman said. “That being said, I don’t think they will have everything surfaced this year.”

The city of Carmel spent roughly $15,000 to lease a temporary traffic light at College Avenue and 111th Street using money from the city’s engineering budget. The closure at 116th Street and College Avenue has led to increased traffic at the intersection.

The Indiana Department of Transportation was looking at a cost of $35,000 to install a temporary light, so they were resistant to adding one, Kashman said.

“We were not getting much help from INDOT on getting a temporary traffic signal there, so we took it upon ourselves to do that,” Kashman said.