You are at:Home»Current in Westfield»County road closures begin this week, month 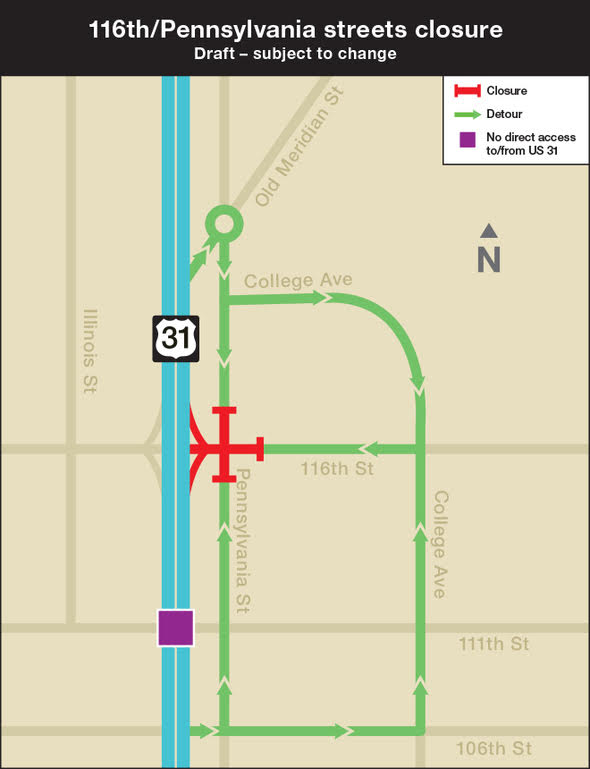 On or after Sept. 8, crews plan to permanently remove access to/from US 31 at 103rd Street.

Also, on or after September 8, all U.S. 31 traffic between 96th Street to just north of 103rd Street will be shifted to the east side of the roadway so crews can begin work on west side lanes. All turning movements to and from I-465 and 96th Street will remain available.Traffic will remain in this configuration through November.

Access to and from the highway will remain available via I-465, 106th Street and 116th Street. The 103rd Street closure will not begin until after the City of Carmel opens 106th Street at Illinois Street (expected in early September).

Starting in mid to late September, INDOT plans to close the 116th and Pennsylvania streets intersection for approximately 60 days to construct a roundabout. During this closure, the signed detour route will include 106th Street, College Avenue and Old Meridian Street.