You are at:Home»Current in Geist»Fortville to host classic car show 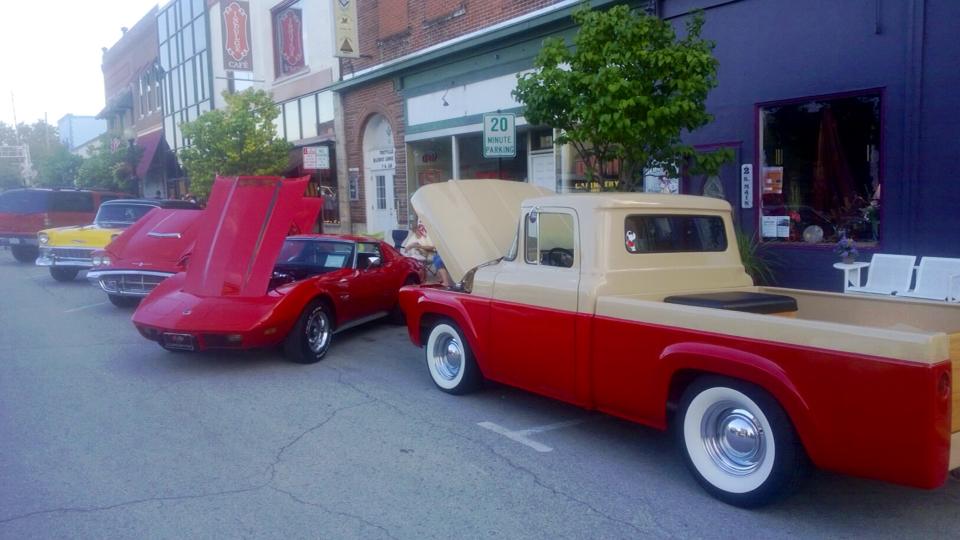 Some of the cars from a previous Wednesday night Cruise-In. (Submitted photo)

With Carmel’s Artmobilia finishing up on Aug. 30, it’s time for a new car show to step into the light. Fortville is celebrating its 150 anniversary this year, but will also be celebrating its first ever classic car show.  Coming to Main Street Sept. 12, Cruise on Main will feature over 200 classic cars lining its streets.

“Two or three years ago we had the Wednesday night Cruise-In start, which is more of an organic gathering of guys with classic cars that wanted to get together once a week, and then they started saying, ‘Why don’t we do a big car show for us?’” Cruise on Main coordinator Theresa Werking said.

Thus, Cruise on Main was born. From 11 a.m. to 8 p.m. cars will cover Main Street and flow into Landmark Park where food vendors and live music will be offered, among other things.

T-Shits will be available and drivers will be eligible for door prizes as well as a motorcycle raffle.

“The first 300 cars that come into the show get a commemorative coin for participating and then we have door prizes for the drivers of the classic cars,” Werking said. “We have some big things and some gift certificates from our retailers, but that’s to give [drivers]a little incentive to come out and stay till the end.”