You are at:Home»Current in Carmel»Obituary: William O. Wagner 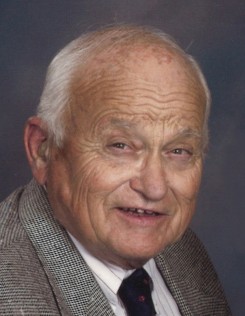 William O. (Bill) Wagner, died peacefully at the age of 87 on Aug.22 at Bickford Senior Living in Carmel. He was born on July 25, 1928, to Orren and Pearl (Haines) Wagner in Beaver Springs, Penn.

Bill graduated from Upper Darby High School in Philadelphia, Penn., and received a bachelor’s degree from Penn State University, majoring in agriculture. He also served a year in the Merchant Marines.

Bill’s career took him from Pennsylvania to New Jersey to New York back to Pennsylvania to Ohio and finally to Indiana. During that time he worked for Agway, American Cyanamid and Lester Pfister Seed Corn. He was happiest working with farmers, getting to know their families, and helping them be successful.

Bill was a devout Christian, secure in the love of Christ and committed to God’s commission to “love one another.” He was a patient and gentle man, with a ready smile for everyone he met.

Bill was a family man, teaching his children his love of camping and the outdoors, swimming, and Scouting. He and his wife, Bobbette, were lifetime Scouters, from troop leaders to finally State Commissioners. Bill also had a deep love and care for animals, bringing home many strays. He will also be remembered by a large group of care-givers and friends.

In addition to his parents, he was preceded in death by his wife, Bobbette Johnson Wagner.

There will be a Celebration of Life for Bill at 6:30 p.m. Sept. 9 at Randall & Roberts Fishers Mortuary, 12010 Allisonville Road, Fishers. Visitation will be from 5 p.m. to the time of service. All those were knew Bill are invited to attend.

In lieu of flowers, the family requests contributions be made in Bill’s memory to the Boy Scouts of America, 7125 Fall Creek Road North, Indianapolis, IN 46256.