You are at:Home»Current in Fishers»Obituary: Don W. Trout 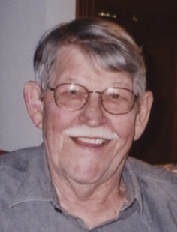 Don retired in 1995 after working for WR Grace Manufacturing for 17 years, where he had been the Maintenance Superintendent. He proudly served his country as a Staff Sergeant in the U.S. Army and was a veteran of both the Korean War and the Vietnam War (two tours). Don was a former member of Epworth Memorial United Methodist Church in Indianapolis; and he enjoyed traveling and visiting every state.

He is survived by his wife of 63 years, Joan Trout; daughter, Janey Trout; and granddaughter, Anne Trout.

In addition to his parents, he was preceded in death by a brother, John Trout.

Memorial contributions may be made to American Diabetes Association, Indiana Office, 8604 Allisonville Road, Suite 140, Indianapolis, IN 46250; or, Humane Society for Hamilton County, 1721 Pleasant Street, Suite B, Noblesville, IN 46060.