You are at:Home»Current in Geist»Local water skiing pro reflects on career 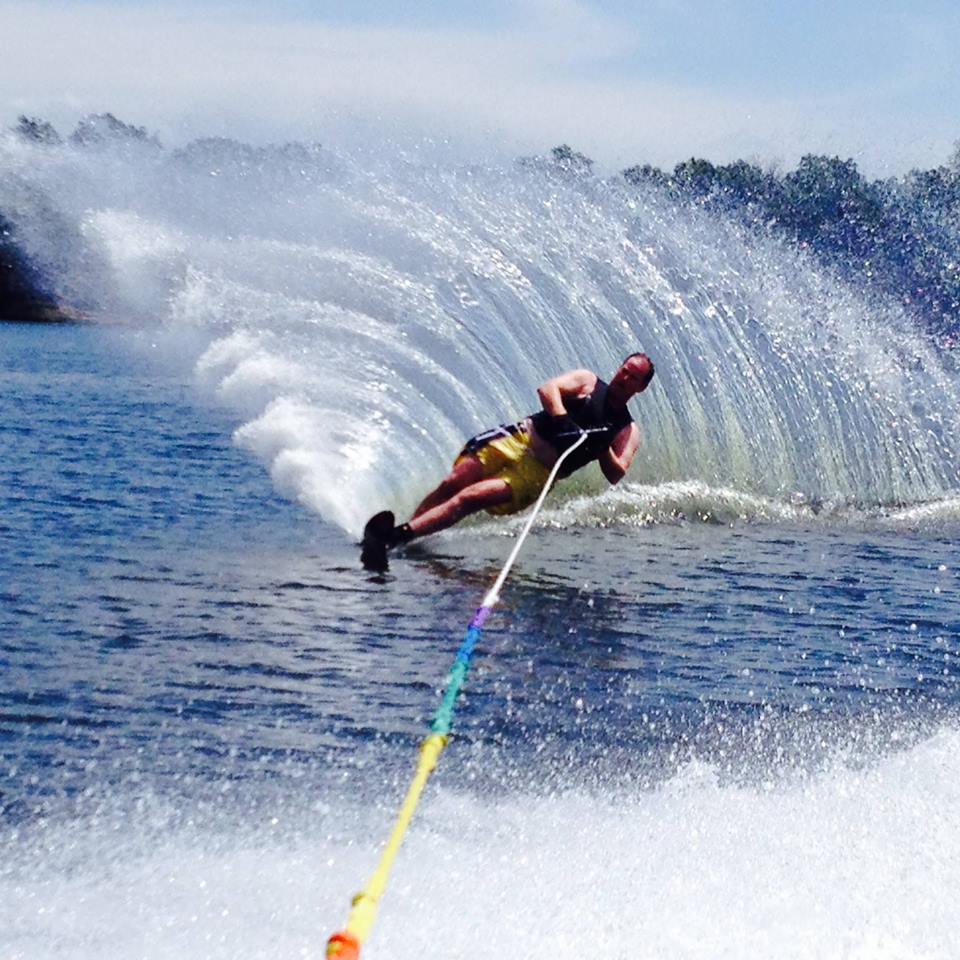 Indianapolis resident and former water skiing pro John Huntzinger has over 30 years of experience on the water and an unbeaten Indiana record under his belt.

But his legacy as an athlete also includes his role in introducing three new champions to the world of professional water skiing.

Huntzinger designed and helped build Champion Lake in McCordsville in 1989. He said he built it specifically for water skiing because he loved the sport, and that attracted families with an interest in the sport. Three current record holders who grew up on the lake started skiing there: Nate Smith, Cale Burdick and Amanda Burney.

Smith is the world champion in slalom skiing while Burdick ranks eighth in slalom. Burney is a national champion and a state record holder.

“It took a while to truly be ‘Champion Lake,’” Huntzinger said, who set the state overall record in water skiing in 1997. “It’s been a phenomenal part of my life.”

Huntzinger said that Smith, Burdick and Burney practiced on the lake as children, and that he watched them improve.

“I wasn’t their mentor, but I was definitely their friend,” Huntzinger said. “I got to see Nate ski for his first time when he was four years old.”

Huntzinger said he started skiing as a boy at a lake in Kosciusko County in the 70s. As a freshman at Purdue University, he and his friends founded an unofficial waterski team in 1980. That team went to the Collegiate Nationals in 1984, despite lacking official recognition from the university.

Huntzinger skied professionally from 1984 to 2005 where he competed in all three events: Slalom, Jump and Trick. He retired due to a hip injury, but he said he still skis every day from his home on Geist reservoir, or from Champion Lake.