You are at:Home»Current in Zionsville»Zionsville Community School Universal Preschools ready for students 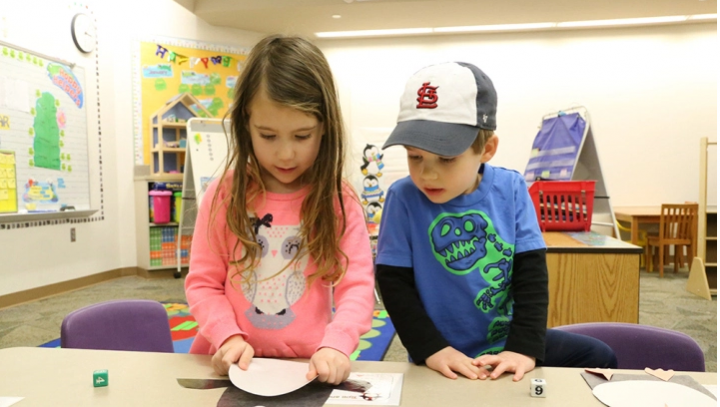 Each school will offer at least one class of preschool (ages 3 and 4) and one of prekindergarten (ages 4 and 5).

“We knew what it meant for the families,” said Shelley Lantz, Universal Preschool manager. “The option of being able to have their child attend the preschool at which they would then be attending K through four, we knew the families would really be thrilled.”

The program is almost at capacity, with a few spots open at Zionsville West but waiting lists everywhere else. “That’s the only bad thing – the demand,” Lantz said. Parents who are new to Zionsville or have never before looked at preschools have been disappointed that the classes filled so quickly, according to Lantz.

“I knew within three weeks (of registration opening),” said Lantz. “That’s when I had my waiting list started.”

Zionsville parent Rhonda Adams, sending two elementary-aged students to Pleasant View in the fall, was ready with her computer when registration was first available.

“I knew that registration date,” she said. “When it opened at noon I was basically hitting send.”

Adams had sent two of her children to preschool when the only location was Boone Meadow and is excited for her youngest child to be in the same school with her siblings. “I just think it’s nice they’re in the school where they’re going to be through fourth grade.” she said.

The schools have shifted some classrooms to accommodate the additional students, but were able to dictate available space before registration opened.

“We knew going in what (the schools) were willing to offer us,” said Lantz, “so we were ready to plan accordingly.”

“We feel lucky that they’ve been able to inch out a corner for us,” she said.