You are at:Home»Current in Zionsville»Hightshue recognized for 40 years of teaching 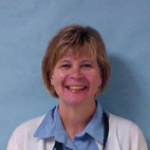 Zionsville Community High School French teacher, Mary Hightshue, was recently recognized by the Zionsville School Board for 40 years of service. Hightshue began teaching in the fall of 1975.

“French had just started at the high school. I didn’t even apply at Zionsville but the principal at that time contacted Purdue University. I had the right combination of what he needed and I got the job,” Hightshue said.

Teaching French came easily for Hightshue because of her interest in the country and language.

“I’ve always loved the language itself. I love the culture. I just like everything about it,” she said.

Not only does she teach the French language, but she also teaches French culture, history and art.

“It’s amazing to me. In French throughout those four years that the kids take it at the high school I teach every other subject but in French. I teach literature, geography, social studies, history, art – everything about culture,” said Hightshue.

“She was one of the most interactive teachers I had. We learned about cave paintings that are in the northern region of France. Madame had us all bring in a rock and we made cave paintings. We had to read the Three Musketeers, so we did a royal ball where each person was a character, we had French food and everyone had to speak French,” said Heigl.

Hightshue has plans to retire by 2018. She has been so influential in Heigl’s life that the two stay in touch even though Heigl attends University of Missouri. She is happy for Hightshue and feels the recognition is well-deserved.

“She’s by far one of the most influential teachers I had and important people in my life. She’s one of those teachers that just absolutely cares about her students and cares about their lives and wants what is best for them. She very much deserves the recognition. She’s an amazing lady,” she said.