You are at:Home»Current in Westfield»Obituary: Robert “Bob” Edwards 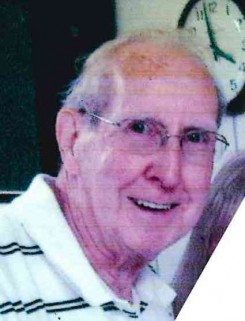 Robert “Bob” Edwards, 84, Westfield, died July 2. He was born in Cushing, Iowa to the late John S. and Mona Rodgers Edwards. He was a 1949 graduate of Tech High School in Indianapolis. Bob was a veteran of the U.S. Air Force, having served during the Korean War.

He was a volunteer fireman for the Westfield Fire Department for a number of years. Also, he was a deputy for 12 years on the Westfield Police Department. Bob worked as a machine repairman at Diamond Chain Indy for 42 years before retiring in 1992.

In addition to his parents, Bob was preceded in death by a sister, Betty Solomon; brothers, Roy, Charles and Douglas Edwards.