You are at:Home»Current in Carmel»Carmel Community»Snyder says it’s “business as usual” after election loss 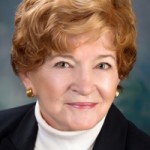 Luci Snyder has been elected to five terms on the Carmel City Council. She took four years off when she decided to run against incumbent Mayor Jim Brainard in 2003, but she recaptured her seat at the next election opportunity.

But Snyder’s decades of experience on the council will be missing this January. She lost to challenger Jeff Worrell, a member of the Carmel Redevelopment Commission. Snyder spoke to Current in Carmel about what she plans to do next and her hopes for Carmel’s future.

What do you plan on doing next now that the election is over?

The election is over but between now and the end of the year I will continue to do the job for which I was elected four years ago. I just came back from city legal and we were reworking an ordinance that came out of finance committee to make sure that at the next city council meeting to make sure all of the changes have been implemented correctly. I have contacted the people who are currently on council who will remain on council and asked if any one of them wants to sit with me and go through the tax abatement review process that I have done in the past eight years because next year if I’m not here and the lady in the clerk-treasurer’s office who does it with me isn’t here there will be no institutional memory and that’s unacceptable. I will make every council meeting and committee meeting that I’m supposed to be at and do my job until December 31. That’s what people expect me to do.

Can you explain further about how you will be helping with the transition?

Well, I think people want the transition to go smoothly and I wouldn’t do anything else. When you leave office, the people who remain have to understand what is involved. I have an e-mail that I sent to several city councilors who I think might end up being finance committee chairs and I offered to go over tax abatement and help educate anyone. That’s the grown up way to deal with these things.

How do you deal with the long transition? There’s still half a year until the next council takes over.

You behave like a grown up and do your job. I just don’t see any other thing you should do. It’s an election. Some people win and some people lose.

Can the mayor get aggressive with his agenda now that he has a victory or does he need to wait for the new council to get the votes?

It depends on what he’s asking for. You know me. I examine every issue closely. I don’t just go against the mayor on every issue. In the case of the budget, it’s obvious that the people decided that they want all of the things that the mayor has promised them and I don’t have a problem with that if that’s what they want for next year. The only thing I’m terrifically concerned with is that there’s enough money in street repaving. As you know, it was shorted. I don’t care what anyone says. For three years, the mayor hasn’t put enough money in that. I want to make sure that doesn’t happen. Of course, if there ends up being money taken out of the fund after it’s passed then there’s nothing I can do about that. As you remember, I voted for City Center Phase Two and there are a lot of people who think I shouldn’t have voted for it. Well, that’s their problem. Not my problem. I’ll vote the way my conscious says.