You are at:Home»Current in Zionsville»Zionsville Indoor Percussion wins state title 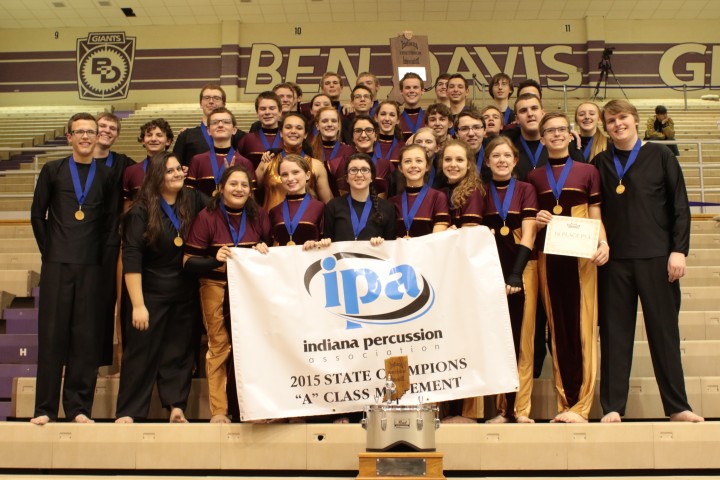 “The students have learned how to work hard, work together, and to enjoy the process of becoming great,” ZCHS Band Director Tom Landrum said. “I am very proud of their effort and that of our staff.”

The group had previously not finished higher than third place at the state competition. This year, they performed a program called Balance composed and arranged by Don Barrett.

Percussion director Orion Avery, in his second year at ZCHS, helped guide the students to the top.

“It has been such a privilege to lead this hardworking and dedicated group of Zionsville students,” Avery said. “A state championship would not have been possible without their passion and commitment throughout the season.”