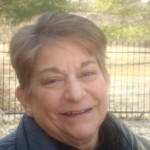 “To participate in [another]religious school you have to be members of their congregation,” said CBS Religious School Administrator Lilu Cohen. “We are trying to take a look and saying there’s a lot of options out there, so we are not going to obligate these families with young children to commit to joining Congregation Beth Shalom. So we are going to be offering the first year of religion school without membership to our congregation. They don’t have to join for their children to experience the religion school.”

Forming approximately four years ago, CBS is a small, close-knit temple that after having grown in size, decided to provide religious education for families with young children.

“The temple started up about four years ago to just bring a new reform Jewish congregation, an option for a small, intimate community minded Temple,” Cohen said. “It grew and it grew and we started out with about 35ish families and we’ve grown close to 80 now and we continue to grow. And with that growth came children. We love the fact that with that growth came children, and we knew we were going to need to address how to provide some Jewish education to our little ones.

Just beginning in September, CBS religious school offers education for children of as young as two and is held Sunday mornings.

“We sublet some space and turned it into a one-room little schoolhouse,” Cohen said. “We have two classes. One is for the little two to five-year-olds and the other is for six and up. We have two teachers who are doing a wonderful job. The kids love to come.”

The religious school aims to teach youngsters the basics of Judaism such as important holidays and Jewish culture through activities and curriculum.

“We’re focusing on some pretty basic elements of Judaism like Shabbat and the lighting of the candles and the blessing of the wine; of course with the kids we use grape juice, and the blessing of the bread and just thanking god for the bounty he’s giving us and the rituals that do that,” Cohen said. One of the things that we recently focused on was a celebration called Tu B’Shvat, and literally it is the New Year of trees. We planted parsley in little tiny pots and in the spring we’ll take those little tiny pots outside and we’ll plant them in the yard and we’ll watch those things grow. We also talk about Shebat and about Tzedakah.”

Cohen believes that CBS and its religious school offer a great option for young Jewish families not currently part of a congregation, but are not yet ready to commit.

“Young families are busier than ever. We very much want to encourage those folks who are looking for a new place to start their children’s education to take a look at us,” she said. “And that’s true because young families have a lot of priorities tugging on them. They’re going to look around for the right fit for their families. We’d like to give them the opportunity to check this out.”

For more information on CBS and its religious school, visit  http://bethshalomindy.org/