You are at:Home»Current in Zionsville»Eagle Extravaganza still going strong after 10 years 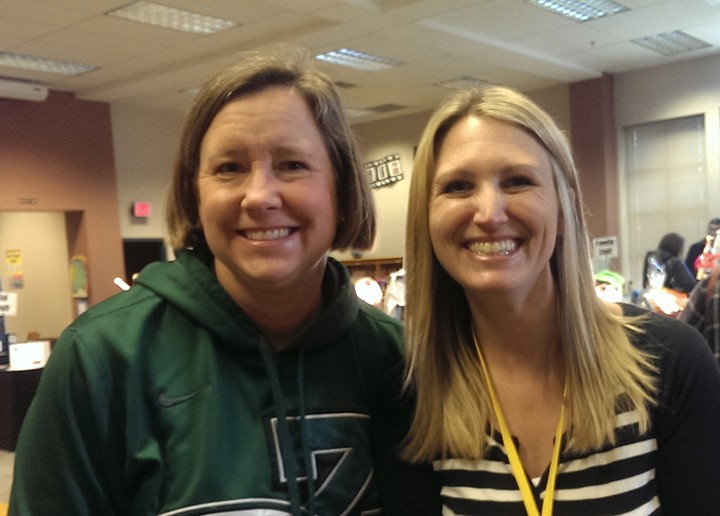 Ten years ago, as president of Eagle Elementary’s PTO, Debbie Unger realized that the school’s fundraising efforts of selling gift wrap and book fairs were becoming a bit stale.

“Everyone had a lifetime supply of gift wrap,” said Ungar, who now serves on the district’s school board.

So she proposed something bigger that would involve teachers, parents and students. A decade later, the Eagle Extravaganza is still going strong.

“I knew how to do an auction and thought it would be a fun community builder,” Ungar said. “We didn’t have an event where people actually came together. It was a social event.”

The extravaganza was originally designed as an opportunity for parents to hear a summary of the year from educational leaders along with a sock hop, dinner and an auction with items solicited from parents.

Now the event, which took place March 6, has expanded to include cake walks, games in the gymnasium and community donations making up half of the auction items. Classrooms and teacher donations – such as painting with students or hosting after-school parties – contribute to the other half of the auction and a third of the evening’s profits. This year the school raised more than $15,000 to help pay for Chromebooks, field trips, clubs, software and a school writing project.

But the heart of the event has remained.

“It’s a fun time for the parents to get together while kids can from multiple classes have fun together, too,” PTO president Natalie Kruger said. “We would never miss it. Our kids wouldn’t let us!”

This year a student-run concession stand was added to the mix, relying on third and fourth graders to contribute their time to the evening with parental guidance. This gave the students an opportunity for responsibility and accountability, Kruger said.