You are at:Home»Current in Carmel»Carmel Community»Q&A with Mayor Brainard’s longtime campaign manager 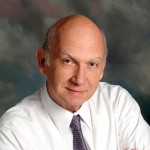 When Allan Sutherlin met Jim Brainard decades ago, Brainard was just an intern helping out with one of Sutherlin’s campaigns. Little did they know they would work together for six elections.

Before the 1995 election, Brainard contacted his old friend and said he was thinking of running for office in Carmel. Brainard, then an attorney, hinted he might run for judge. But once Sutherlin showed up, he told him his plan: He was going to run for mayor of Carmel and he wanted Sutherlin to run his campaign.

Sutherlin, now 65, always jokes that he wonders how many terms Brainard will serve and if he’ll go with another campaign manager, but so far he’s run every single campaign Brainard has been in – all successful.

Of course, Sutherlin, president of Tangent Resource LLC, hasn’t just worked in local politics. He’s helped with national and presidential campaigns. He took presidential hopeful Pat Robertson to the convention in 1988. He knew George W. Bush as a young man and Barack Obama as an unknown state legislator. He’s been around the block, but this Purdue University alum still calls Central Indiana his home.

How has Brainard grown as a candidate over the last twenty years?

I will say this: He had incredible stamina as a first-time candidate. He would knock on thousands of doors and frankly we would have to go find him sometimes because it was getting dark and we had an event or something. Today, he understands government so much better than at the beginning of his service to the community. He’s probably one of the brightest fiscal minds in municipal government. I’ll also say that his skin is a lot thicker today than it was in the beginning. But that’s normal with a candidate that’s served more than one or two terms.

What makes Brainard different than other candidates you’ve worked with?

I think of all the candidates I’ve worked with, Jim’s skills to understand the dynamics of a challenge are better than anyone I’ve worked with. Don’t forget that the mayor is a lawyer and he understands the law. He has a love for the law. That’s a capability that’s served him well.

Who are some of the other candidates you have worked for?

In Indiana, Governor Bowen, Governor Orr, Brian Bosma. I was the head of the legislative campaign committee in 1976 and 1978. So all of those legislators I’ve worked with. As an active member of the state party in the 1970s, I worked with Gerald Ford and Nelson Rockefeller. Those are some names.

How would you describe the Carmel voting demographic?

It’s a very intelligent demographic. It has a greater percentage of college graduates than really any other community that I would typically go into to work. Some congressional districts can be pretty diverse in terms of occupation, but we don’t have a lot of farmers here. We have professionals and young professionals. The primary voter skews older than the average age. The average age of the primary voter in Carmel is over sixty. The other interesting thing is in the Republican primary in Carmel is that there’s no gender shift. It’s about equal. Equal numbers of men and women vote in the primary. People are happy that they are living in Carmel. I have found that the demographic responds to a positive message.

Do you think this could be one of Brainard’s toughest elections yet?

I don’t think it’s going to be tough for the mayor. I think the voters are going to speak loudly in their support for him. I will say that the mayor is not going to take this election for granted. He never does. He always runs like he’s behind. He’ll put on an effective, aggressive campaign. I’m not going to be critical of any of the people who oppose the mayor, but the message the mayor brings is one of progress and it works because of his record.

Some say that the city’s debt will be a tough campaign issue. Will that hurt the mayor?

The debt is very manageable. The mayor speaks to that issue. It’s 15 percent of the city’s overall revenue. You go to a bank and want to get a mortgage on your home, they’ll let you take 30 to 35 percent. The opponents are using numbers that are just wrong. I don’t understand their arguments. It won’t work because it’s not true.

What’s your role in the campaign?

I’m just a campaign mechanic. I don’t set policy. I make sure there’s an effective voter turnout. That’s the real challenge in my job, to get people educated and mobilized. You can’t force people to vote, but you help them understand the mechanics.