You are at:Home»Current in Geist»Hot spot of the month: Las Vegas 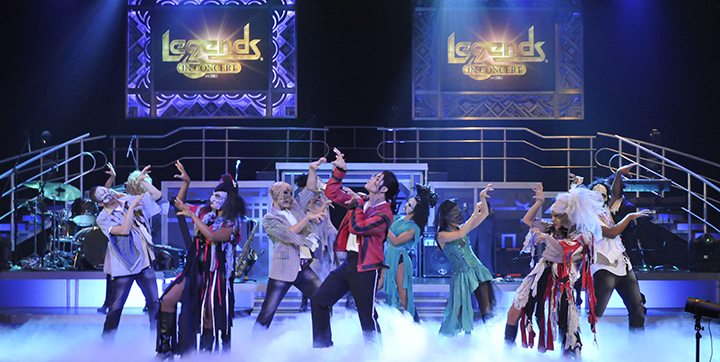 he Michael Jackson Tribute show is one of the highlights of visiting Las Vegas in 2015. Tickets are al- most sold out until 2016. (Submitted photo)

We all know the saying what happens there stays there, but Las Vegas isn’t always the sin city that Hollywood portrays it to be. But one thing is for sure; things are happening in Las Vegas. Geist and Fishers residents have their favorite hot spots, not only for adult fun but adventures for all ages.

Timing is everything for a Las Vegas getaway, which happens to be one of the most-popular winter getaways for Geist residents, according to AAA Travel agent specialist Nic Wycoff.

“Staying on the Las Vegas Strip is the most convenient zone of hotels, but consider visiting historic downtown Las Vegas (it’s a $20 cab ride to the strip) where the original Vegas sign stands today,” Wycoff stated.

Geist resident Tammy Elliott said the strip is where it’s at.

“We travel to Las Vegas once or twice a year and always stay at the Bellagio or Mandalay Bay,” Elliott said. “All of the bigger hotels on the strip have all the amenities and first class accommodations that any one could possibly want or need. You are in the middle of the action with an all-access pass to entertainment and fun.”

“Be careful of the adult fun, as Vegas is so much fun,” she said. “When they say the drinks are mule kickers, believe them.”

On one of her girls trips, a close friend of Carson’s decided to get married at the famous Little White Chapel.

“Elvis even showed up to usher all of us into the chapel,” she said. “[Those were] good times.”

Like Drew Carey famously said once, “Everything and anything you want to do, you can do in Las Vegas.” And this means family fun, too.

Geist resident Dawn Ratcliff said she thought Las Vegas was not “family orientated” until she heard from a friend about all the activities they have for kids at the hotels and parks.

“You can take a week or more to visit attractions for the family that you never hear about when talking about Vegas,” Ratcliff said. “There is a wonderful aquarium, roller coasters at a couple different hotels, the Adventuredome, and many family centered shows and entertainment.”

Ratcliff said her two kids loved their trip to Vegas.

“Circus Circus is a great hotel to stay in with children and it’s very fun for the adults as well,” she said.

Michael Jackson Live “The Tribute to Michael Jackson” is almost sold out until 2016, so tickets should be booked soon if you want to catch that show.

The Grand Pool at MGM offers private cabanas that can fit eight people to party the day away in.

Consider visiting Planet Hollywood where Britney Spears will be performing until late September. Also at the Planet Hollywood you can witness the hilarious Jeff Dunham handle his marionettes.