You are at:Home»Current in Westfield»Guilty plea entered in 2013 Westfield murders 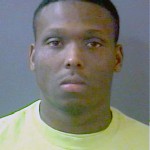 The man charged in the murders of a Westfield mother and daughter days before Christmas in 2013 entered a guilty plea last week as part of a plea agreement.

According to court officials, Christian Haley, 22, pleaded guilty to two counts of murder in Hamilton Superior Court I on Feb. 23. Other charges against him, which included burglary, robbery and theft, were dismissed as part of the plea deal.

The county prosecutor’s office is still pursuing a life sentence without the possibility for parole in Haley’s case. The hearings on that have been set for March 4 and 5. Haley will be sentenced on April 16.

Police arrested Haley in connection to the deaths of Marylyn and Kelley Erb. Officials said Haley killed the women during a home invasion after Haley had been fired from a landscape business co-owned by the victims’ family.