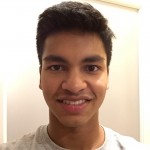 “He had a very strict regimen of eye drops you have to take for a couple of weeks after surgery,” Maturi said.  “I’ve always seen him hard-working and self-sufficient, but he was completely unable to put in his eye drops by himself. He had to have my grandmother or me or one of the family members always do it for him. That was a shock.

He had a great support system to care for him after the surgery but a lot of people don’t. So I looked into it and saw how many people were putting them incorrectly. I thought a mechanized eye dropper would be a simple way to solve this problem.”

“It’s a mechanized, automatic way for people to give eye drops to themselves,” said Maturi, who can not reveal many details on how it works until after the competition. “The eye dropper would work for anybody but the elderly have the most problems.”

Many elderly have problems with arthritis, which would hamper the process.

Maturi will travel to Orlando, Fla., where he will compete head-to-head on TV, in front of a studio audience, at the Finalist Pitch Event on March 6.  Each finalist will have no more than six minutes to present their ideas to a panel of experts who will select one grand prize winner. The program will be recorded and available via Video on Demand on Bright House Networks.

Maturi leaves with his father, Raj, on the expenses-paid trip to Orlando on March 4.

“I think it will be a cool experience,” Maturi said of the TV presentation. “I never done anything like this before.”

Maturi said he never imagined having an opportunity like this and it will benefit him in the future.

Maturi submitted drawings of the eye dropper to the contest. Maturi said she heard about the contest through his math teacher, Jan Mitchener because she knew he was interested in design and engineering.

The grand prize winner will have the opportunity to work with the innovation firm Fahrenheit 212 in New York to build a virtual prototype and a business plan, according to the release.