You are at:Home»Current in Geist»American Pianists Association’s Bowers performs Feb. 25 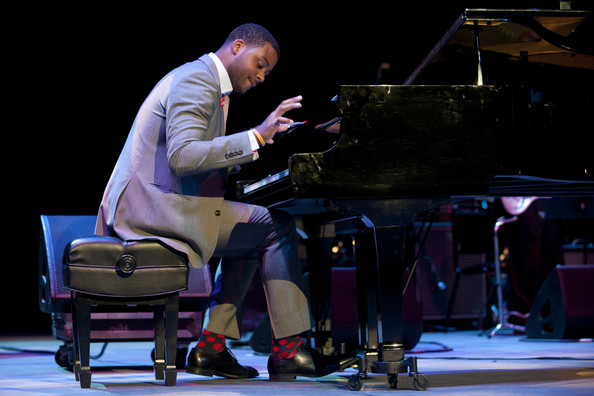 The fifth finalist in the American Pianists Association’s Jazz Fellowship Awards, Kris Bowers, is coming to Indianapolis for a week’s worth of concerts and appearances. Kris is an immensely accomplished pianist. At 25 years of age he has already achieved what many artists dream of. He was the winner of the 2011 Thelonious Monk International Jazz Piano Competition and graduate of the Juilliard School. In 2012, he was selected to perform at the NEA Jazz Masters Award Ceremony at Lincoln Center as well as performing on Jay-Z and Kanye West’s Watch the Throne and with artists such as Marcus Miller, Aretha Franklin, Q-Tip and José James.

Kris will attempt to win the American Pianists Association’s $100,000 Jazz Fellowship Award, the largest jazz prize in the world. He will spend a week crisscrossing Indianapolis as part of the competition’s Premiere Series. The American Pianists Association arranges for a myriad of experiences for each finalist during the Premiere Series, named for the artist’s premiere in Indianapolis. Over the course of the week, Kris will have concerts at both Eskenazi Health and Eli Lilly & Company and take part in interviews at local radio stations.