You are at:Home»Current in Carmel»CRC member Worrell announces run for Carmel City Council

Jeff Worrell has been well known throughout Carmel for many years. 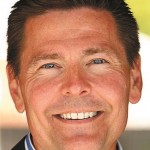 He’s been a leader of CarmelFest for the past two decades. He’s served on the Carmel Redevelopment Commission for about nine years. He’s been president of the Carmel Chamber of Commerce. He has a weekly column in the Current in Carmel and he’s hosted a local show called “The Arts Scene.”

Now Worrell is using his name recognition to take on City Councilor Luci Snyder in the upcoming election.

Worrell is the president of Advantage Medical Rehab Equipment, a company he started in 1990.

His campaign manager is JoDee Curtis and his treasurer is Tom McHaffie. His campaign Web site is www.Jeff4Carmel.com.

It should be an interesting race that pits two very different views of Carmel’s financial outlook. Snyder, who is often critical of Carmel Mayor Jim Brainard’s spending, said she said voters should take a look at the history of the CRC.

In 2012, Worrell was a member when the CRC came to the city to ask for help in refinancing nearly $200 million in debt. Some called it a “bailout” while others like Worrell say it was a planned refinance that saved money.

“The refinance was always planned because the interest rates were falling,” he said. “A lot of the opinions that were shared publicly were misleading and damaging to our reputation. It was the smartest decision we could make. I never saw any proof that we were insolvent. We had several levers we could pull and none of them involved insolvency.”

It’s Worrell’s first time running for office and unlike other lesser-known candidates, he’s used to being under scrutiny. As a member of the CRC, Worrell was criticized for voting to use funds to pay for outdoor dining in the Carmel Arts & Design District because Worrell owns property in the area, including the building for Mudbugs Cajun Cafe. He said he was transparent during the entire process and even went to the ethics board and no members found any problems.

“It was fully vetted and it was found that the whole street benefitted and it didn’t actually benefit me personally,” he said.

Worrell said he’s used to criticism but he wants to change the conversation. He said he’s the kind of guy who likes to focus on the positive, which is why he started a Web site called www.gooddaycarmel.com to promote uplifting stories in the community. He said he pines for the old days of Ronald Reagan and Tip O’Neil when the political rivals from opposite parties would grab a drink when work was done and shake hands as friends.

“I believe much more can be accomplished with this attitude,” he said.

Worrell said he understands that people might paint him as a “yes-man” for Brainard. While he supports the mayor’s vision, he said he occasionally has disagreements but he handles them respectfully and in private.

“People might think they know what’s in my head, but they might not know,” he said. “They might assume, but I’m an independent thinker. And I hope to have a dialogue with people with all opinions so I can share my views and we can work together.”