You are at:Home»Current in Zionsville»Zionsville Community High School basketball player recognized for All American nomination 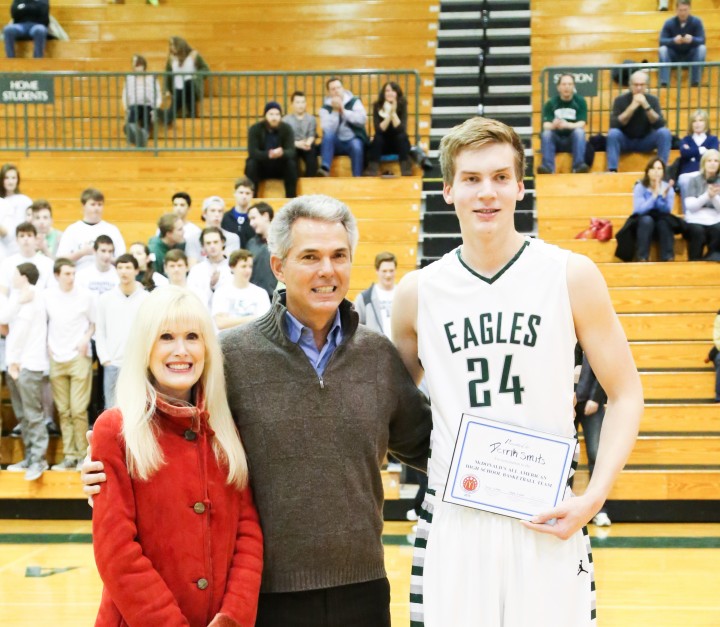 Zionsville Community High School senior Derrik Smits was recognized for his nomination to the 2015 McDonald’s All American Games before the boys basketball game against Pike High School on Jan. 27. Smits was one of 18 boys from Indiana to be nominated for the team, which will feature some of the top basketball players in the nation facing off against each other April 1 in Chicago.

Smits, who did not make the final roster for the All American team, has committed to play basketball at Valparaiso University next year.