You are at:Home»Current in Carmel»Carmel Community»Nyers key to Dads’ Club success 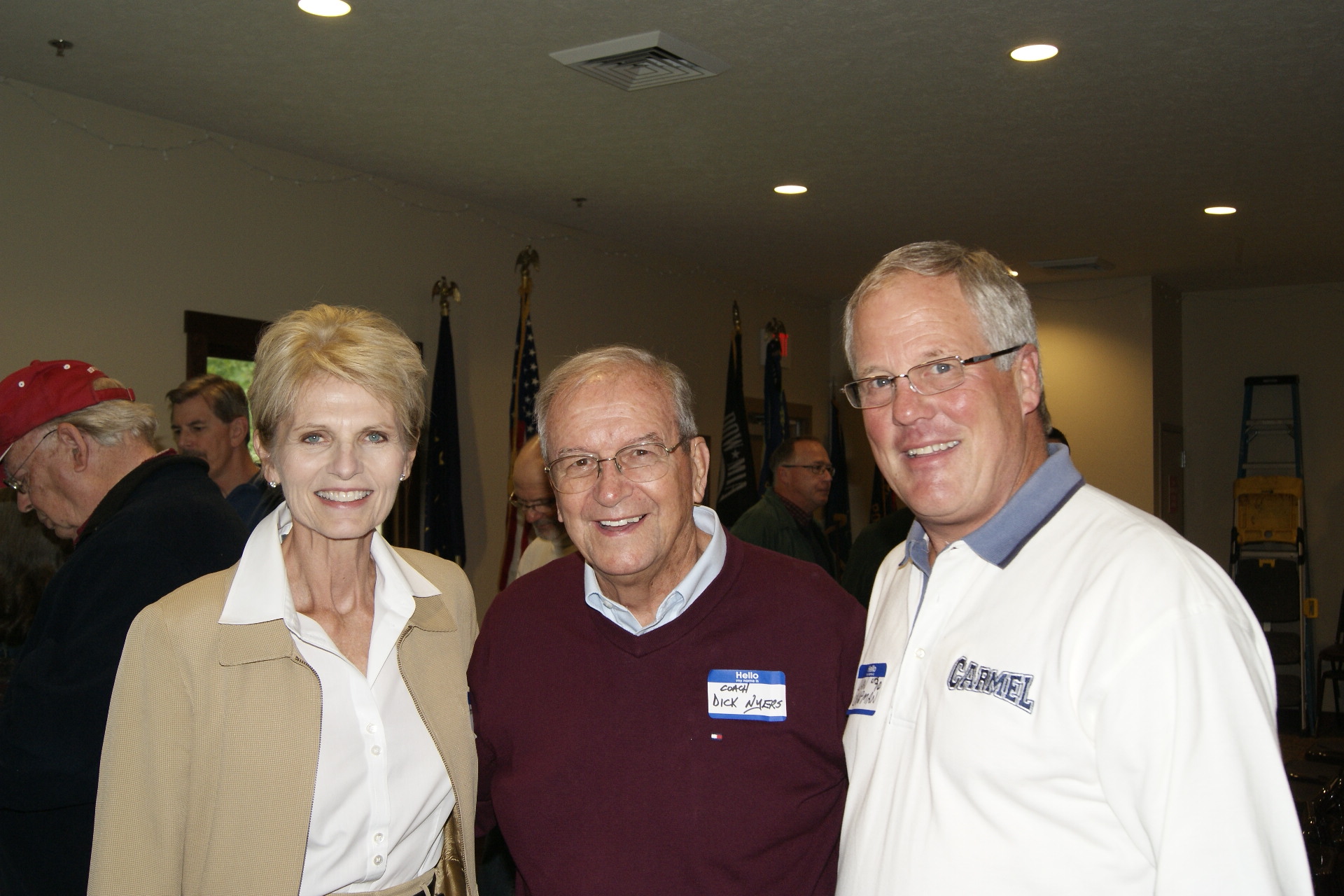 From its modest beginning in 1959, the Carmel Dads’ Club has grown into a powerful feeder system for the state’s most successful high school athletic program.

“When it started, I had no idea it would grow into what it is today,” Dick Nyers said. “It’s thriving very well.”

A group of Carmel fathers approached Nyers, then the Carmel High School football coach, about getting his help in starting the youth league in 1958. He obliged and the rest is history.

Nyers, who turned 80 on Oct. 8, was the guest of honor on Oct. 4 at the Carmel VFW for the book signing for “A Town of Champion: A History of the Carmel Dads’ Club” which was written by Carmel residents Dan Chapman and Pam Otten, both 1970 Carmel High School graduates. As a teenager, Otten had served as a babysitter for Nyers’ children.

“I enjoyed every one of the 10 years I was here,” Nyers said.

After leaving Carmel, Nyers served as an assistant coach at Ball State for two years and then was head coach at his alma mater Indiana Central (now University of Indianapolis) for two years. He later coached at Edinburgh High School.

Nyers, an Indianapolis Manual High School four-sport standout, played two seasons as a defensive back and kickoff returner for the Baltimore Colts.

“I got hurt the last year I was there and it was time (to quit),” Nyers said. “I was the smallest man (5-9, 170 pounds) in the National Football League. The one thing that I was blessed with was speed. There is no replacement for speed.”

Nyers, while playing running back, caught the first NFL touchdown pass from Johnny Unitas in a preseason game when both were rookies in 1956. Nyers roomed with Hall of Fame receiver Raymond Berry.