You are at:Home»Current in Westfield»Local players head south for nationals 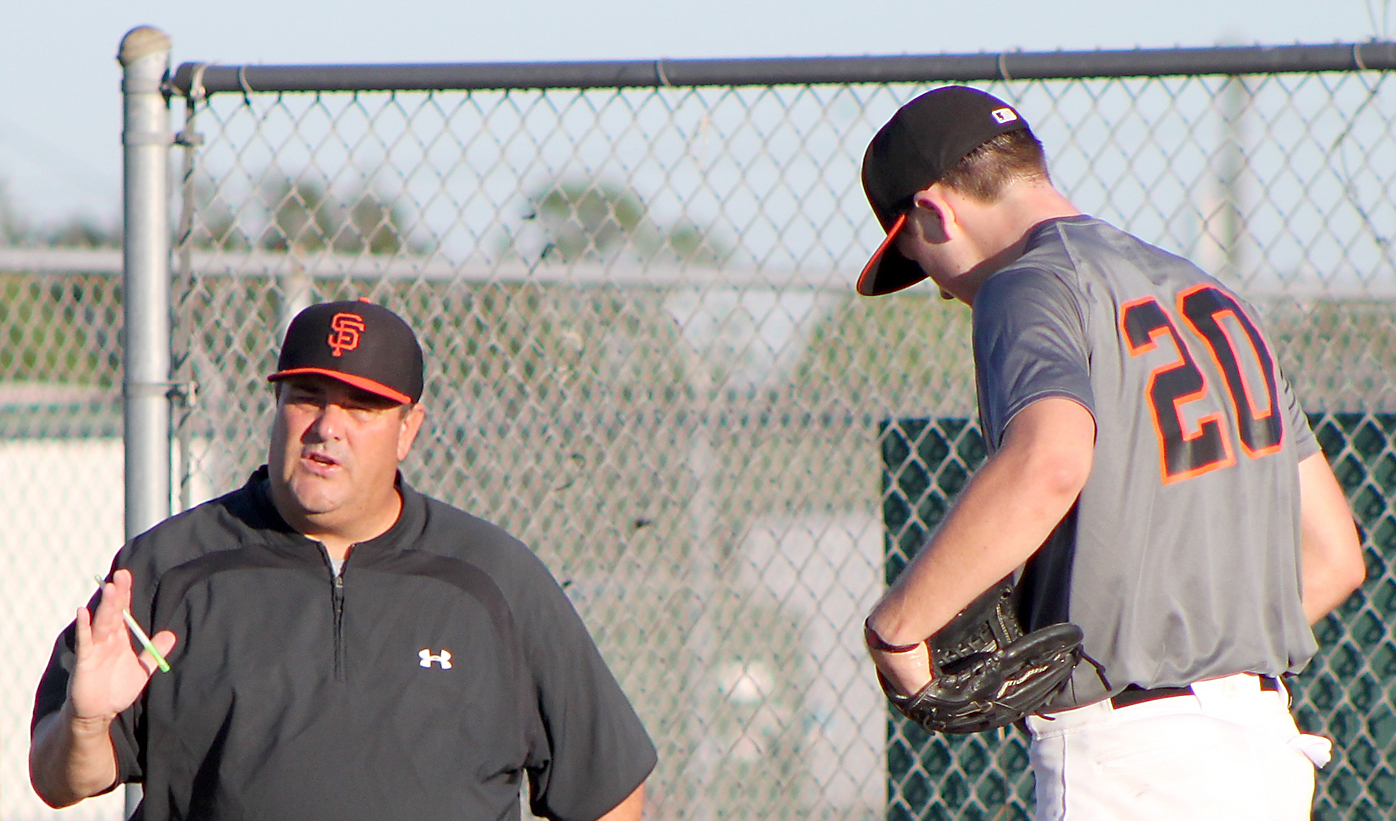 Noblesville resident Kevin Christman, manager of the San Francisco Giants Scout Team and regional scout for the Giants, works with one of his pitchers prior to the start of a game. Christman’s sons played on the state championship Noblesville High School baseball team this summer. (Submitted photo)

The San Francisco Giants Underclass Scout Teams participated in the World Wood Bat National Championships in Fort Myers, Fla. during the weekend. The teams, started by Giants regional scout and Noblesville resident Kevin Christman, are based out of RoundTripper Sports Academy in Westfield and include a number of RoundTripper products and Indianapolis-area players.

“We couldn’t be happier that Kevin decided to host the Giants scout team out of our facility. We respect and appreciate his commitment to developing young ballplayers and providing them with chances to pursue the sport at the next level,” RoundTripper owner Chris Estep stated.

“During the early part of the fall, the wood bat was truly an adjustment for these kids, especially facing teams that played with only aluminum bats,” Estep stated. “Our kids struggled with watching opposing jam shots going for base hits while their line drives turned in to outs. However, we have come full circle and are now swinging the wood bats with authority and in turn, it has made them better hitters. The strength of this team will lie in our pitching staff and their abilities to compete against wooden bats.”