You are at:Home»Current in Zionsville»Ford Road bridge still months away from being complete 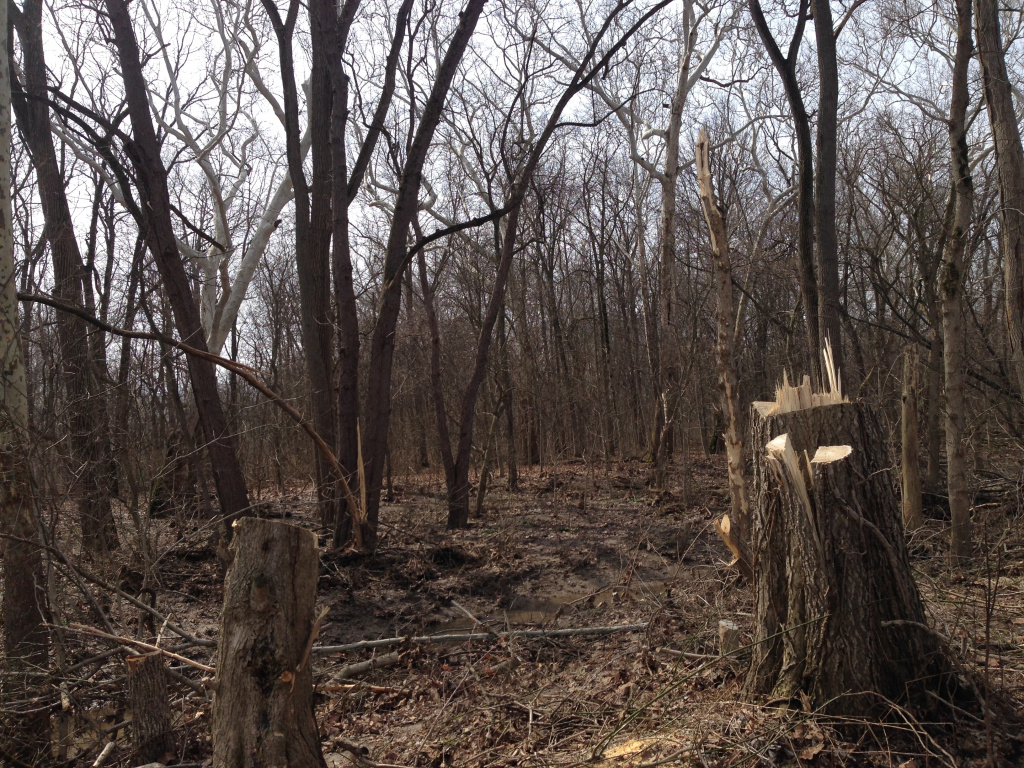 Full-grown trees and bushes were demolished to make room for a new bridge on Ford Road, which crosses over Eagle Creek in the Traders Point Historical District. (Photos by Sophie Pappas)

While construction workers have been busy for months tearing down trees, and making room for a larger, industrial bridge on Ford Road, the project is not nearly finished.

The road officially closed last week, to allow for workers of Yates Construction to begin the detailed process of solidifying the new structure. Earlier this year, Yates Construction, Inc., won the $1.6 million contract to replace the old bridge.

The original bridge was built in 1920, and then received a facelift in the ‘70s.

Members of the Traders Point Historical District, an area that the bridge is in, have been advocates for a steel truss bridge to be installed since the mid-1990s.

Plans for an antiquated, historical-era bridge from another location in Indiana to be installed at the Ford Road site were squashed when Boone County Council leaders opposed the steel truss plans, citing bridge dimensions as the reason for the change. As a result, the town lost more than $2 million in federal funding for the steel truss’ relocation into Zionsville.

Boone County Highway Supt. Rick Carney said last week that the bridge should be completed by Thanksgiving, if everything goes according to plans.

The more than 7,000 drivers who pass over the Ford Road bridge, which connects to 96th Street, will need to take detours along Oak Street or Moore Road until the project is finished.