You are at:Home»Current in Carmel»Carmel Community»Hamilton County Sheriff’s dept. sergeant passes from cancer 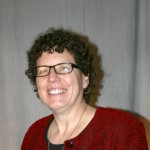 Sgt. Kim Jowitt of the Hamilton County sheriff’s office died the morning of July 27, after more than three years of battling cancer. First hired as a civilian employee by the sheriff’s office in 1978, Jowitt became a merit deputy in 1982.

In her more than 30 years in Hamilton County, Jowitt held numerous positions and roles within the sheriff’s office, most recently as an administrative sergeant handling special assignments. Despite the many ups and downs of her battle with cancer, Jowitt remained faithfully optimistic and positive with a fighter’s spirit. She very much loved her job and the impact she made in the community she served.

Jowitt is survived by her husband, Chief Kevin Jowitt of the Noblesville Police Dept., a daughter, Crystal, and her law enforcement brothers and sisters at the sheriff’s office and other agencies. Funeral arrangements have not been announced.

Due to the death of Jowitt, the open house scheduled as part of the Aug. 5 National Night Out in Hamilton Co. has been postponed. The office is expected to host an open house later this year. Many other agencies will be participating in their own National Night Out events and the department encourages the community to attend those events.