You are at:Home»Current in Zionsville»Column: Meet the Jerrys Joneses 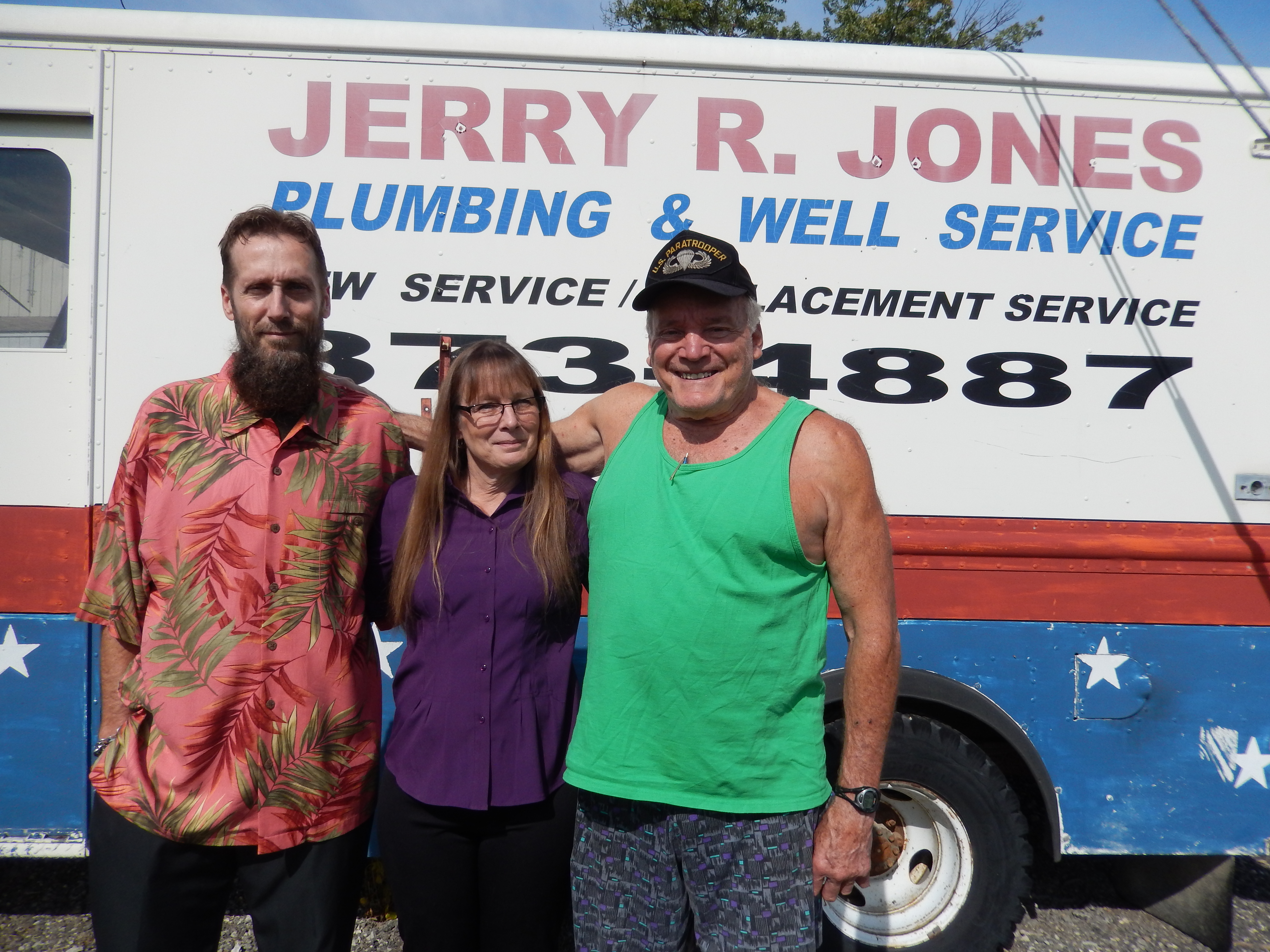 Make no mistake about it, Jerry Jones Sr.  is a legend in this town.  Trust me on this.  I know.  I’ve witnessed  both his well -service skills and his outrageous behavior.

Now 80 and retired,  Jerry in his heyday drove a van that was itself outrageous.  It was black and ORANGE with an oversize bumper,  hand-welded into  ferocious- looking  sharks’ teeth.  And he dared to park this monstrosity on Ash Street.

A neighbor complained to the town fathers.  Jerry won.

Then came a request from Jerry to turn a neighbor’s house on Ash Street into a Victorian showplace.  A local podiatrist objected.  The two went toe-to-toe (literally, both in cowboy boots) at a plan commission meeting.  It was the closest I’ve ever been to a shootout at the OK Corral.  The podiatrist went on about trusting a guy with a shark van in front of his house and two goats out back to create a lovely Victorian home.  (For what it’s worth, the goats were Jeremiah and Geraldine.)

With that, he proceeded to paint the bottom one-third of the house orange, bright and gaudy.  It stayed that way  more than two years.

The plan commission relented.  Check out the results at 170 E. Ash.

Jerry Jones’ stories go on and on.  So how does Jerry Jones II follow an act like his dad’s?

Quite well, it seems.

Jerry II has taken over the well business his dad started in 1968.  His red, white, and blue van is a patriotic statement on wheels.

He met Geri, (pronounced Jerry) at a Petco store she managed at the time.  She likes to tell people she “picked him up at the pet store.”

“And you were housebroken,” she adds.

Betty, who was certified and award-winning  in heating and air conditioning,  worked with Jerry until cancer took her out of the business.  She overcame that disease  many years ago.

Geri says she worked with Jerry II until, “I just didn’t have enough upper body strength to haul a water heater on my back.”