You are at:Home»Current in Zionsville»Market study moved to Zionsville town council 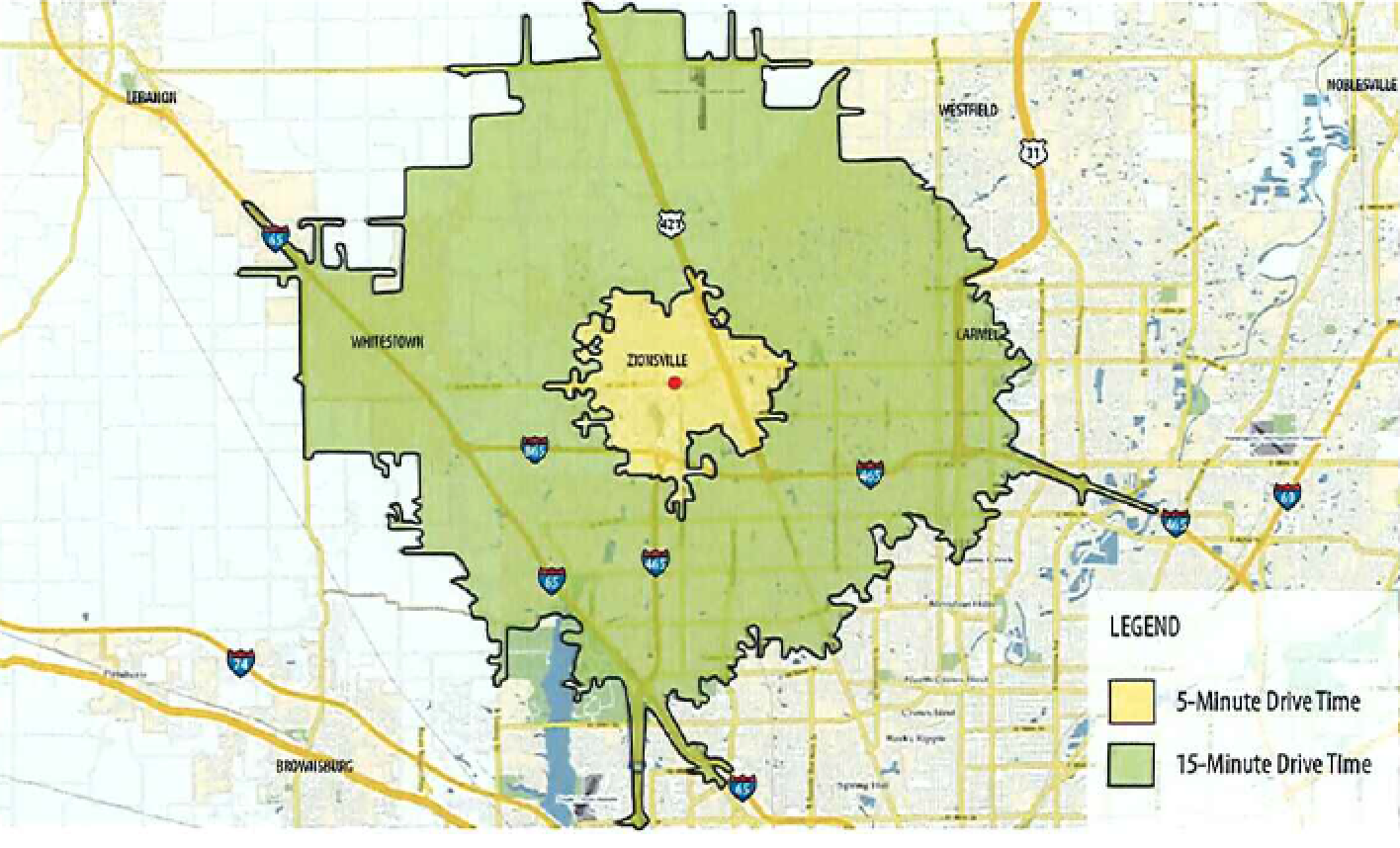 The downtown study and market analysis shows there are 860 public and private parking spots in Zionsville’s village. (Submitted image.)

At last week’s Zionsville Plan Commission meeting, president of the Zionsville Economic Development Committee, Charlie Edwards, stood before the commission and presented the most recent version of the Downtown Market Study and Parking Analysis, an initiative steered by the EDC.

Edwards, a resident of Zionsville since 1976, said that the EDC is an “an umbrella organization” for marketing and economic development in Zionsville, and was excited to participate in a study that would draw attention to the village.

Previously, the EDC led the way for developments in Creekside Corporate Park and South Main Village.

“The third prong to look at was the village,” Edwards said.

Diane Williams, the director of BDI, and Peter Lemmon, a civic engineer with TADI, were hired by the EDC to do the market study and parking analysis.

Williams said that in studying Zionsville, the word “authenticity” came up time and time again as she looked at where people dine, and where people shop.

“You have a number of downtown business niches that are really strong,” Williams said.

Lemmon told the group that his research shows Zionsville as a place with a lot of community involvement.

In Sept. 2013, Lemmon and Williams collected survey responses from more than 900 Zionsville residents.

“The other thing that we wanted to drive this plan was data,” Williams said. “We didn’t just track people’s beliefs and feelings were but what their actions were.”

A primary focus of the study was on parking, of which Lemmon said 860 parking spots were found. Half of these parking spots are private, while the other half are public.

“We got a lot of good feedback as the process was going,” Lemmon said. “And if people are willing to walk two blocks from their primary destination parking is really pretty good in the village.”

President of the plan commission, Allan Rachles, said that this study “is one of the best pieces of work” he’s ever seen, and the group consequently agreed that the study should be moved to the Zionsville Town Council, where it is expected to become part of the town’s comprehensive master plan.

Peak parking hours in the village are: